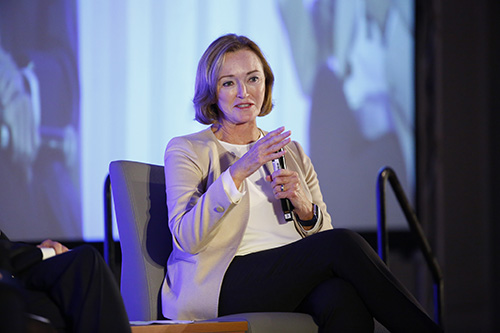 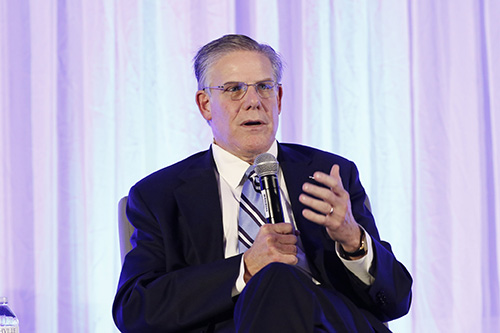 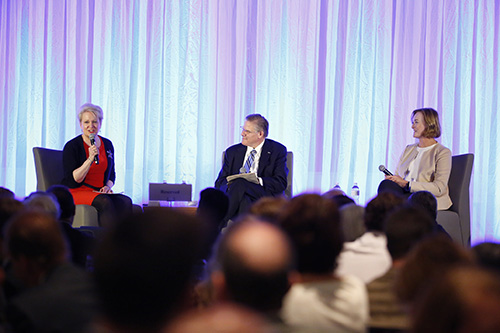 On Feb. 23, the Nashville Health Care Council hosted the leaders of two of the industry's most influential advocacy organizations in Washington, D.C. for a discussion about health policy in the midst of unprecedented uncertainty.

Dentzer led off the discussion by addressing the current state of "ACA whiplash" as different factions discuss repeal, replace and possibly repair. When asked where they thought the country would be in the healthcare reform discussion six months from now, both Pollack and Tavenner wryly said they expected to be pretty much in the same place as today ... still talking about it.

The day before the Council event, President Donald Trump said he anticipated having a healthcare reform plan ready for release as soon as this month. However, his statement didn't clarify whether the plan would be from the White House or some sort of joint Republican effort. Tavenner and Pollack said that putting partisan politics aside, there currently wasn't even consensus on healthcare reform between the White House and Congress or between House and Senate Republicans. While conversations will continue about the best way to move forward, the two said the complex issue has a lot of moving parts that will take time to fully address.

Both Tavenner and Pollack agreed the most fundamental challenge facing Republicans is how to implement repeal without constituents facing a decrease in coverage. "In the hospital field, nothing is really more important than trying to retain coverage," said Pollack.

Tavenner added, "About 85 percent of those on the exchange received an advance payment of the premium tax credit. Right now, we're waiting for Congress to decide how they want to manage subsidies and income credits. It really is crunch time."

When it comes to Medicaid, Dentzer called it a 'double barreled' issue, noting conversations cover both rolling back Obamacare Medicaid expansion and considering a conversion to block grants for states. Currently, about 75 million individuals are covered by Medicaid.

While supportive of the concept of flexibility for states, Pollack said, "If we're going to use block grants and per capita caps as a vehicle to cut programs that are already severely underfunded, it's not really a productive conversation."

Tavenner, who previously served as administrator for the Centers for Medicare & Medicaid Service (CMS), agreed improvements could be made to the Medicaid program and said she thought many would support reforms that would cut bureaucracy and give states more flexibility. However, she said it was important to address the issues without kicking people off rolls or cutting reimbursements to providers and questioned the usefulness of block grants to meet those objectives.

Pharmaceutical pricing was another hot topic of the day. Pollack and Tavenner both said they are not in favor of price controls. Tavenner noted, "I think most of the action around pharma pricing will be at the state level." As an organization, she added AHIP is supportive of transparency, value-based pricing for pharmaceuticals and getting generics and biosimilars on the market. She added that as we move into a year where everything is up for debate, "It's a good time for all of us to get engaged about what we want to see."

Amidst the uncertainty and change, Pollack and Tavenner said the move toward value-based care enjoys bipartisan support. "The movement from volume to value will only continue," said Tavenner. "I don't see anyone on either side wanting to undo this trend. If you look at Nashville, this is a community that's embraced population health and delivering healthcare in a meaningful way. Lowering costs while doing what's best for patients is a win-win for everyone."

One outcome of the move from volume to value, said Pollack, has been consolidation in the industry. "We've been asked to take on more risk, which means you have to have bigger scale," he explained.

Pollack also noted that as the industry evolves, healthcare organizations must also adapt to meet their members' needs. "We are redefining the 'H' in AHA because the 'H' is more than the building," he said. "Care outside the hospital - whether that is managing chronic conditions, telemedicine, hospitals at home or other care settings - is central to the continuum. Consumerism, convenience and accessibility are all top-of-mind for our members, and we continue to adapt to changes in the provider space."