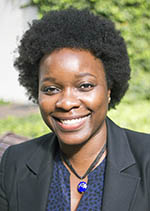 The Tennessee Justice Center (TJC) has hired Kinika Young as director of Children's Health. The newly-created position was made possible after the organization was awarded a $200,000 grant from the David & Lucile Packard Foundation for its "Insuring America's Children Reaching the Finish Line Project." As part of the work funded by the grant, Young will lead TJC's efforts to protect and improve public health insurance programs that serve more than 600,000 Tennessee children.

Young brings more than 10 years of experience as an attorney and community leader to her new role. Previously, she was a partner at Bass, Berry & Sims. Young earned her law degree from Tulane.

Anna Walton has also joined the children's health team as a health action associate. Walton studied political science with an interdisciplinary concentration in healthcare policy at Yale. She joins TJC as a full-time advocate for children, focusing on content creation and public relations.