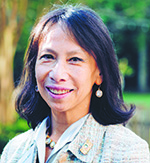 The Tennessee Medical Association assembled approximately 150 of its physician members in Franklin last month for the 184th annual business meeting of the TMA House of Delegates.

"Doctors who are engaged in organized medicine bring different perspectives from their medical specialties, practice environments, and the places across the state where they live and work. We don't always agree, but we all understand that working together to resolve differences and find common ground on the most important healthcare issues gives us a stronger and more influential collective voice. The policy decisions drive TMA's advocacy and support a strong climate for physicians to practice medicine, and deliver the best possible care to our patients," said W. Kirk Stone, MD, a family physician in Union City and newly elected chair of the TMA Board of Trustees.

The House of Delegates considered resolutions on a number of healthcare topics. The assembly overwhelmingly approved one emergency resolution calling for a ban on the sale of any flavored vaping products in Tennessee. Past president Nita Shumaker, MD, a Chattanooga pediatrician, authored the resolution to address serious health risks associated with addictive vaping products, which are widely popular among adolescents.

Other notable policies the association adopted or referred to the TMA Board for possible action:

TMA President Elise C. Denneny, MD, FACS, a Knoxville otolaryngologist, was officially installed as the organization's 165th physician leader at the annual meeting. Denneny will serve as the public representation for TMA's 9,500 physician members and will hold a seat on the TMA Board of Trustees. In practice for more than 30 years, she is in practice at Greater Knoxville Ear Nose and Throat.

Denneny earned her undergraduate degree from Northwestern University, her medical degree from Rush Medical College in Chicago, and residency at the University of Illinois, where she served as chief resident for two years before completing head and neck reconstructive surgery fellowship, University of Michigan. A member of American Academy of Otolaryngology, she is board certified in otolaryngology - head and neck surgery.

Nashville physician Kevin Smith, MD, PhD, MMHC, FACP was installed as president-elect. Smith practices primary care and teaches general internal medicine at Vanderbilt University Medical Center. Previously, he was in private practice at Saint Thomas West Hospital, including six years in solo practice. Smith earned his medical degree and completed his residency at Vanderbilt and later earned a Masters in Healthcare Management from the Vanderbilt Owen Graduate School of Management. He was president of the Nashville Academy of Medicine in 2018.

The TMA Board of Trustees transitioned its leadership positions for the coming year, and members reelected the speaker and vice speaker presiding over the business of the House of Delegates.