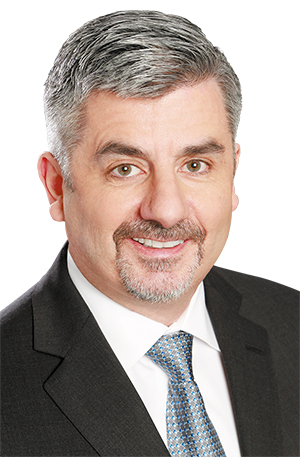 On Aug. 27, the U.S. Food and Drug Administration approved Alcon's AcrySof® IQ PanOptix® Trifocal Intraocular Lens (IOL) for commercial use. While the lens has been successfully used in more than 70 countries, the recent FDA approval marks the first time a trifocal IOL - correcting for near, intermediate and distance vision - has been available to patients in the United States outside the clinical trial setting.

Nashville ophthalmologist Jeffrey D. Horn, MD, founder of Vision for Life, was one of a dozen clinical investigators across the country, and the only one in Tennessee, who participated in the study that led to FDA approval. Prior to launching the lens trial, investigators helped develop a survey tool to benchmark vision improvement from a patient satisfaction viewpoint. "We were one of eight to 10 study sites that helped Alcon develop the first FDA-validated patient questionnaire that would tell us how the patient was seeing from their perspective rather than our measurements," he explained.

Although the patient interview trial delayed the U.S. investigation of PanOptix, it led to an important new evaluation tool. Horn noted the PanOptix not only became the first trifocal IOL approved by the FDA but also the first to "pass muster with a validated patient questionnaire." More than 99 percent of PanOptix patients in the clinical study said they would choose the lens again.

While Horn is obviously pleased with the outcomes he has seen with the trifocal option, he noted the right choice of lens can vary by patient. "Cataract surgery is lens replacement pure and simple," he pointed out. "My job is to figure out which lens is the best fit for the patient." He added patients need to be reeducated so that they quit thinking of the surgery as cataract removal and instead put the focus on lens replacement. "They need to pay attention to what lens they get because that is going to determine how well they see."

"The multifocal lenses that are still available today have been out since about 2005, but they are bifocal ... so you could correct two of the three distances," said Horn. "We were missing out on the trifocal lens, which had been available in other countries for several years."

Horn said being able to correct for near, mid-range, and far vision allows patients to not only read and see the road but also to view computer screens, car dashboards and mobile devices in a range of lighting conditions ... all typically without the need for any type of glasses. The new lens uses a proprietary design to optimize middle vision without degrading vision on the near and far ends of the spectrum and is available in a spherical and toric design.

"Not only is the lens superior - providing optimal range of vision correction at near, arm's length and distance - it also does so with exceptionally good quality of vision because it transmits light more effectively," Horn explained. "The more light that makes it through the lens to the retina, the better the vision," he continued.

In the clinical study of 243 patients across the 12 investigative sites, 129 patients were implanted with the PanOptix lens and 114 with a control lens. Six months post-implantation, the average best corrected distance with clear vision in one eye was 20/20 in both study groups. For intermediate distance, clear vision in on eye was approximately 20/25 in the PanOptix group compared to 20/40 in the control group. For near distance correction, the PanOptix lens was also 20/25, compared to 20/63 in the control group.

Like other multifocal lenses, PanOptix utilizes diffractive rings to bend light and create focal points. "All lenses that have diffractive rings will create rings around lights at night, but PanOptix seems to have the lowest incidence of bothersome night vision rings," said Horn. "In the U.S. trial, it actually had contrast sensitivity the same as a monofocal lens ... no one was expecting that."

Horn began implanting the PanOptix lens in November 2016 as part of the clinical trial. The last lens he implanted in the study before data was submitted for FDA approval was, to say the least, quite memorable. That specific lens replacement procedure was for his fiancée, who suffered from congenital cataracts and was 47 years old at the time of the trifocal implant. "I wouldn't have put that lens in my fiancée's eye if I didn't think it was the very best for her," he stated simply.

Horn, who originally came to Nashville as a cataract specialist for Vanderbilt University Medical Center in 1997, has been a prolific clinical investigator throughout his career and involved in a number of trials that have led to breakthroughs in multifocal implants.

"I'm doing three trials at the moment," he said, adding he's involved in a post-market study for the new Alcon lens, a Novartis eye drop study for presbyopia, and a new trifocal trial for Baush + Lomb. "I've probably done more vision correction clinical trials in Tennessee than any other cataract surgeon over the last 15 years," Horn noted of his quest to help move the field forward to improve vision and enhance quality of life for patients.