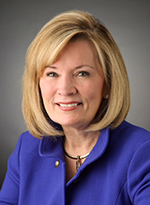 Heather J. Rohan, announced today, that she will retire from her role as HCA Healthcare TriStar Division President. Rohan has had an illustrious, 34-year career with HCA Healthcare. She began her career as a registered nurse and has served in many leadership roles in both administration and patient care throughout her tenure.

"We have been fortunate to have Heather's leadership within our company for more than three decades, and it has been a privilege to work alongside a leader who embodies our mission each day," said Jon Foster, president of HCA Healthcare's American Group. "She has dedicated her career to the care and improvement of human life and in each role with our organization, Heather inspired others to achieve great things. For many years, she has been an incredible asset for our hospitals and, most recently, for the TriStar Division and the Nashville community. We wish her well in her retirement."

Rohan is a leader who has made a difference in the lives of patients through her strong commitment to a patient-first culture, where every patient receives quality, compassionate care. Her background as a nurse sets her apart from many other C-suite leaders. She knows that behind every TriStar colleague and every patient is a story, and that there are few things more personal than caring for someone's health. By working in various levels within healthcare, Rohan developed an incredible commitment and passion for this work, and has dedicated herself to making all hospital facilities she oversees great places for patients, providers, and staff.

For decades, Rohan has been a devoted mentor and supporter of women in the healthcare industry. Her dedication to helping others reaches into the community, where she serves on a number of boards for non-for profit organizations, including The United Way of Middle Tennessee, HCA Healthcare Foundation Board, Tennessee Hospital Association, American College of Healthcare Executives and Barry University in Miami, Florida - her alma mater. In 2019, Rohan served as the Chairman of the American College of Healthcare Executives, an international professional society of more than 48,000 healthcare executives who lead hospitals, healthcare systems and other healthcare organizations.

Upon retirement, Rohan is looking forward to continuing her service to the community and moving into the next chapter of her life.