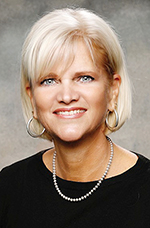 After beginning her career with HCA as a staff nurse in 1991, Reed moved into leadership roles at Reston Hospital Center where she became vice president of Critical Care Services and Chippenham Hospital where she served as assistant chief nursing officer. Both medical facilities are located in Richmond, Va. Reed holds a Master of Science in Nursing Administration from George Mason University and earned her undergraduate degree from the University of Virginia School of Nursing.