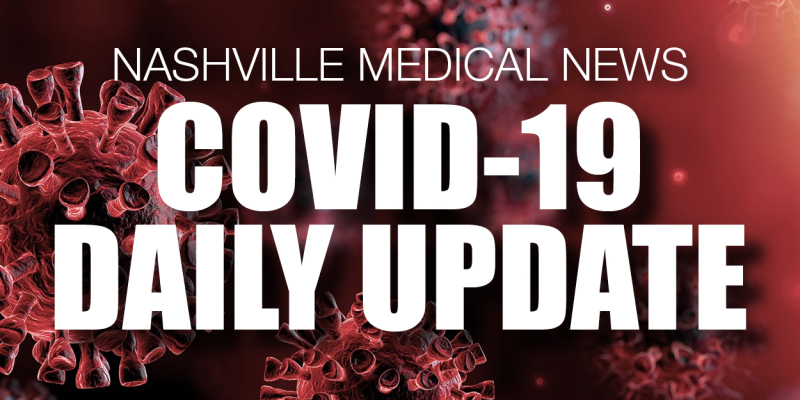 The Tennessee Department of Health has made some changes to the way they are reporting 'recovered/inactive' cases and have also reassigned some case numbers to different counties where a case was reported in one county, but the resident actually resides in another county. For more information, see the TDH statement on changes.

As of 9:30 today, the city reported 26,235 confirmed cases, an increase of 73 over the last 24 hours. There are currently 1,265 active cases in Nashville (down 81 since yesterday and the lowest since May), 24,730 individuals who have recovered and 128 active hospitalizations (down 3 since yesterday). With 240 deaths (up 1 in the last 24 hours), the city has a case fatality rate of 0.91%. Of note, the Tennessee Department of Health shows 259 deaths in Nashville.

In Davidson County, 298,157 tests have been administered with a positive rate of 8.8%. The 7-day average for positive tests is 6.6% as of today (down from 9% yesterday). A large number of test data results were added to the dashboard today, which has shifted numbers considerably. Mayor Cooper said Metro's reporting methodologies have changed to more closely match those of the state, which has led to a noticeable change in several metrics including the 7-day positivity rate and total number of tests performed.

The New Cases per 100K Residents remains in the yellow this week. The goal of the seven-day rolling average is to be at 10 or below. Currently, Nashville sits at 15.7 on this metric (down from 16.2 yesterday). The goal for the 7-Day Positivity Rate is to see a figure at 10% or less. Currently, Nashville remains in the green with a rate of 6.6% as of 9:30 this morning.

More detailed data is available on the Metro Dashboard. Click here for details.

Mayor Cooper cited the progress being made in Nashville, while calling on residents to continue to be vigilant. "These are our best numbers in months and are now well ahead of the state of Tennessee averages," said Cooper. "We've gone from being the biggest health challenge in the state to a model of effective response."

Nashville moved to a less restrictive modified Phase 2 of the reopening plan on Sept. 1. Masks are required in Nashville, and a number of other surrounding counties also have mandatory mask regulations, although some of those are beginning to expire (looking at you Williamson County). Additionally, public health officials continue to ask (beg) residents to be vigilant in maintaining social distancing measures, as well as to go out as little as possible, wash hands frequently and stay home if ill. Metro police are authorized to issue civil citations to those who fail to comply with the mask mandate unless the individual has a specific exemption.