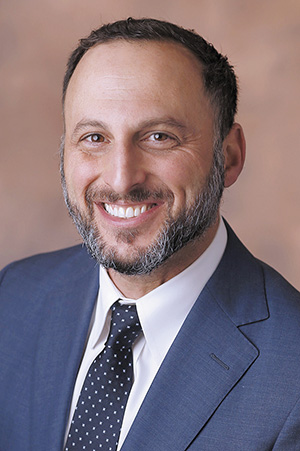 "We, as a department, are very excited to have Dr. Golinko join our faculty to lead the multidisciplinary Craniofacial and Cleft Surgery Center here," said Galen Perdikis, MD, chair of the Department of Plastic Surgery. "We feel privileged to have been able to successfully recruit him and look forward to supporting him in his goal of establishing this as a premier, internationally recognized program."

Golinko is setting up the framework to hold a monthly team clinic for cleft patients and a second monthly clinic for patients with craniofacial disorders. "Our goal is to have a very service-oriented and patient- and family-centered program and to allow patients and families to have 'one-stop' to see all practitioners they need to in one day. The fundamental mission is to help children with cleft and craniofacial issues live their best lives," said Golinko.

Golinko earned an undergraduate degree in physics at Massachusetts Institute of Technology and his medical degree from University of South Florida College of Medicine. He did general surgery residencies at State University of New York Downstate Medical Center and New York University School of Medicine, followed by a residency in plastic and reconstructive surgery at Emory University. He also completed a fellowship in craniofacial surgery/pediatric plastic surgery at New York University's Department of Plastic Surgery. A Fellow of the American College of Surgeons, Golinko has been an active volunteer in countries including India, Nicaragua, Haiti, Thailand, Tanzania and others. 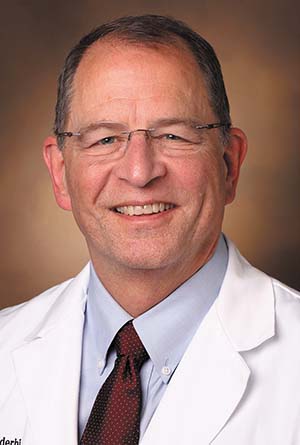 Mark Denison, MD, the Craig-Weaver Professor of Pediatrics, has been named director of the Division of Pediatric Infectious Diseases in the Vanderbilt Department of Pediatrics.

Following a year directing pediatrics and infectious diseases at Tenwek Hospital in Kenya, his first faculty appointment was at Thomas Jefferson University in Philadelphia. Denison was recruited to Vanderbilt in 1991 and was awarded the Craig-Weaver Chair in Pediatrics in 2011. He has received teaching awards from both Thomas Jefferson University and VUMC, and he has trained more than 20 doctoral students and postdocs, as well as high school students, undergraduates and post-baccalaureate trainees.

Recently, Denison was awarded the Vanderbilt University School of Medicine's Ernest W. Goodpasture, MD, Award for groundbreaking research that addresses the pathogenesis of disease at the cellular and/or molecular level. Denison's research program targets coronaviruses, the family of viruses from which the causative agents of SARS and MERS have emerged to cause severe and lethal human disease with pandemic potential. He has conducted more than 30 years of NIH-funded research focused on coronavirus pathogenesis and targets for antivirals and vaccines, resulting in more than 100 publications and several hundred presentations.

"Dr. Denison is an exceptional investigator who has pursued detailed mechanistic studies of coronavirus replication, pathogenesis, evolution and countermeasures that have impacted both coronavirus research and the broader fields of RNA virus biology, changing the textbooks and approaches to investigation of viral emergence, evolution and inhibition," said Steven Webber, MBChB, MRCP, chair of the Department of Pediatrics and pediatrician-in-chief of Monroe Carell Jr. Children's Hospital at Vanderbilt.

For the 13th consecutive year, the Monroe Carell Jr. Children's Hospital at Vanderbilt has been recognized among the best in the annual U.S. News & World Report's annual ranking of top pediatric hospitals.

In the recently released 2019-20 rankings, the hospital was once again nationally ranked in the maximum 10 out of 10 pediatric specialty programs. Pediatric Urology continues to earn the distinction as a premier destination program, earning the No. 7 spot in the rankings. The program has achieved a top 10 ranking every year since U.S. News began ranking pediatric urology in 2009.

Among the other pediatric specialties, four moved up in the rankings. Gastroenterology improved from 24th to 17th; Nephrology jumped from 38th to 24th; Diabetes & Endocrinology moved from 31st to 23rd; and Cardiology & Heart Surgery improved from 42nd to 36th. Other specialties earning spots in the rankings are: Cancer (14); Pulmonology (15); Orthopaedics (26); Neonatology (28); and Neurology & Neurosurgery (34).

"To be recognized for the 13th consecutive year in all 10 specialties is a reflection of the unwavering commitment of everyone who works in Children's Hospital. I offer sincere thanks and congratulations for outstanding teamwork within and across disciplines," said Meg Rush, MD, MMHC, chief of staff and executive medical director of Children's Hospital.