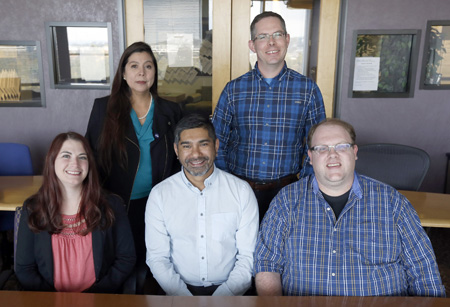 A team of Vanderbilt University Medical Center researchers, working with the U.S. Department of Veteran's Affairs (VA), has discovered genetic associations with blood pressure that could guide future treatments for patients with hypertension.

The U.S. Food and Drug Administration (FDA) has approved VALTOCO® (diazepam nasal spray) as an acute treatment of intermittent, stereotypic episodes of frequent seizure activity (i.e., seizure clusters, acute repetitive seizures) that are distinct from a patient's usual seizure pattern in people with epilepsy 6 years of age and older.

Tennessee is expecting severe weather this weekend, beginning on Friday, according to the National Weather Service. A threat of damaging winds, tornadoes, hail and heavy rainfall are all expected to cause issues for the region from Jan. 10 through Jan. 11.

In the face of this year's disasters, hundreds of thousands of people turned to the American Red Cross for food, shelter and recovery support in Tennessee and across the country.

During the Tennessee Hospital Association's 81st Annual Meeting, James Ross, president and chief executive officer (CEO) at West Tennessee Healthcare, Jackson, was installed as chairman of the THA 2020 Board of Directors.

Last month, the Center for Medical Interoperability announced the launch of C4MI Verified™ - a testing program to accelerate the availability of connected technology solutions in the healthcare industry.

On Saturday, Sept. 7, TriStar Health joined more than 65 HCA Healthcare hospitals and local law enforcement agencies across the country to provide an opportunity for community members to properly dispose of unused opioid medications anonymously, with no questions asked.

Founded more than 50 years ago in Huntsville, Ala., Fourroux Prosthetics recently opened their newest full-service patient care facility in La Vergne to provide prosthetic services to amputees in Nashville and surrounding communities.

TriStar Centennial Medical Center recently welcomed Emily Peoples Neely, MD, to TriStar Medical Group - The Frist Clinic. Neely is board-certified in endocrinology, diabetes and metabolism and has been practicing in the Nashville area for the past eight years.

Acadia Healthcare, a leading provider of behavioral healthcare services, and The Jason Foundation, a national nonprofit focused on youth suicide awareness and prevention, have partnered to provide professional guidance and support services to assist schools in dealing with a crisis or traumatic event affecting the student body.

Last month, Elite Sports Medicine + Orthopedics welcomed Brian Dierckman, MD, to their practice and opened a new office at Southern Hills. Dierckman, a board certified orthopedic surgeon who specializes in hip, knee and shoulder, will primarily see patients at the new location.