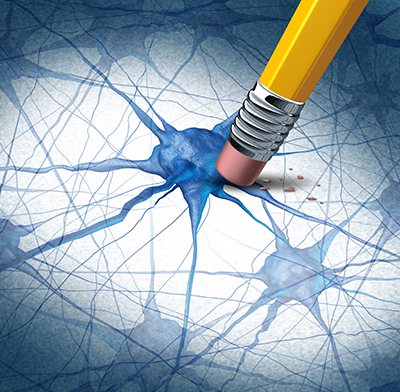 In late December, Vanderbilt University scientists received the green light from the U.S. Food and Drug Administration (FDA) to proceed to clinical testing in humans for an investigational new drug for Alzheimer's.

Researchers at Vanderbilt and Vanderbilt University Medical Center have already spent more than 10 years working to move the drug from bench to bedside. With first-in-human trials approved, the scientists have moved one step closer to that ultimate goal. Officials with Vanderbilt noted it is relatively uncharted territory for an academic drug discovery group to take a molecule from the laboratory setting to the clinical trials stage.

"The movement to the clinical phase of the research is the result of tireless colleagues reaching across disciplines in pursuit of the shared goal of hoping to someday improve the lives of individuals with Alzheimer's disease and possibly other brain disorders, such as schizophrenia," Provost and Vice Chancellor for Academic Affairs Susan R. Wente, PhD said. "This work exactly illustrates the critical role that basic science conducted in partnership with a world-class medical center can play in advancing knowledge in an attempt to fight a devastating disease."

In Alzheimer's, the aim is for the investigational drug to target major pathologies of the disease and selectively activate a key receptor in the brain. The Vanderbilt researchers believe the current standard of care for Alzheimer's disease, cholinesterase inhibitors, has a different mechanism of action. Through future clinical testing, they hope to establish that the molecule is broadly effective across a number of cognitive and neuropsychiatric disorders, including schizophrenia.

"This is the first instance I am aware of where an academic drug discovery group moved a molecule designed to hopefully treat a chronic brain disorder all the way from early discovery to human trials without there being, at some point along the way, a pharmaceutical partner," said P. Jeffrey Conn, PhD, the Lee E. Limbird Professor of Pharmacology in the Vanderbilt University School of Medicine and director of the Vanderbilt Center for Neuroscience Drug Discovery (VCNDD).

"And that really is crossing what people refer to all of the time as the 'Valley of Death,' where good research discoveries have a hard time moving into the clinical testing phase due to lack of funding," he continued.

"Importantly, at this early stage, the FDA has only granted permission to assess potential safety of this investigational new drug in healthy volunteers" said Conn. "We cannot predict the outcome, but if these studies are successful in demonstrating that the investigational drug can be safely administered to humans, this would pave the way to allow filing of additional applications with the FDA to seek permission to advance to testing for efficacy in improving cognitive function in patients suffering from Alzheimer's disease, and possibly schizophrenia or other brain disorders. While we cannot predict the outcome of any future safety or efficacy studies, this decision by FDA allowing clinical research to begin represents a major milestone in allowing us to hopefully provide answers to those critical questions in the future."

The Phase I testing will assess drug safety and tolerability in healthy volunteer participants, a process that could take a year. If successful, the phase II and III studies would include efficacy assessments in patients with Alzheimer's disease and could take three to five years to complete.

"We are hoping to address what we see as an unmet medical need," said Craig Lindsley, PhD, co-director of the VCNDD, director of Medicinal Chemistry and the William K. Warren, Jr. Professor of Medicine. "For Alzheimer's patients, the standard of care for symptomatic treatment remains cholinesterase inhibitors, which are 25 years old at this point."

Lindsley and Conn credited The William K. Warren Foundation for its philanthropic investments to make clinical trials for this investigational drug a reality. "One of the most challenging things about doing this in an academic environment is funding," Lindsley said. "Every step requires funding ... and if there is a delay or break in funding, then everything sits idle, and potentially innovative approaches for patient care do not advance."

John-Kelly Warren, CEO of the William K. Warren Foundation, noted, "Although this is an important sequential milestone, the only milestone that matters to us is the hope that one day we will learn that this investigational new drug has positively and safely changed the life of a patient suffering from a brain disorder such as schizophrenia or Alzheimer's disease. That day will warrant a celebration felt in the heavens. Until then, we are prepared to support the VCNDD research team until they can deliver the necessary results."