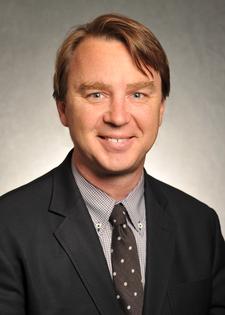 There are a variety of reasons individuals wind up with varicose and spider veins ... from prior clots and weakened valves to carrying excess weight and a genetic predisposition toward the condition. Luckily, now there are also a variety of options to treat these superficial, but often painful, veins.

Patrick C. Ryan, MD, FACS, founder of Nashville Vascular and Vein Institute, noted the twisted, knotted varicose veins and flooded capillaries known as spider veins are almost always in the legs and feet and seem to affect women more than men ... although both sexes can and do develop varicose veins. "The mildest symptoms are swelling and heaviness in the leg," he said. "In extreme cases, people get ulcers in their legs that can be limb threatening."

However, Ryan continued, for most people varicose and spider veins don't pose a deep medical concern. Still, he said, the pain and heaviness can stop people from engaging in activities they enjoy, which might lead to a more sedentary lifestyle. "It definitely can affect your quality of life," he stated.

For those bothered by either the look of the veins or resulting symptoms that can't be managed at home, there are a number of medical treatments to address varicose and spider veins. "Back when I was training, there was really only one way to treat varicose veins, and that was to strip them," noted Ryan of the surgery that requires general anesthesia. "It's a pretty brutal operation ... but effective."

Vein stripping is no longer the 'go to' method for treatment. "I've done one in the last five years," Ryan said. "There are so many other good options now."

Laser Ablation: "Laser ablation is where we use a laser inside the vein to cauterize the vein causing it to clot off," Ryan explained. He added the procedure is done in the office under local anesthesia. A laser is inserted through a small catheter into the vein. As the probe is slowly pulled back out, the laser energy cauterizes the vein, sealing it off permanently. After the treatment, patients wear a compression garment for several weeks as other healthy veins in the same area take over blood flow. "It's essentially pain-free," Ryan said, adding the procedure only takes about 20 minutes and results in no real downtime. "That's one of the preferred methods, now," he added.

Radiofrequency Ablation: "It does exactly the same thing except with sound waves instead of a laser," said Ryan.

On a similar note, he continued, "There's a new treatment called foam ablation of the main varicose vein that is very well tolerated." Ryan said the in-office procedure consists of one injection into the saphenous vein. The foam sclerosant irritates the vein and closes it off before being absorbed into the body.

Sclerotherapy: Used on smaller varicose veins and spider veins, sclerotherapy closes the vein off by injecting a chemical that causes the walls to stick together. Ryan said sclerotherapy is one of the most common ways to treat superficial veins. Often done by a nurse in hour-long sessions, sclerotherapy can take several sessions to diminish or rid the appearance of the surface veins. "The number of sessions depends on the patient, and each case varies," said Ryan. The treatment is typically considered cosmetic, and sessions are usually not covered by insurance.

Phlebectomy: The minimally invasive procedure allows the surgeon to remove the big, bulging, ropy veins through tiny, 1 mm incisions. Ryan said phlebectomy and foam ablation are often used on these larger veins bulging from the skin's surface. With phlebectomy, the surgeon uses a local anesthesia to numb the area around the varicose vein before pulling out the collapsed vein through the small incisions, which don't require sutures.

With pre-certification, Ryan said most insurance carriers will cover procedures from ablations to phlebectomy aimed at closing off the saphenous vein. Whether to address discomfort, improve appearance ... or both ... Ryan said multiple good options now exist to easily treat varicose veins. "Done by someone who is good at it, it's really pain-free; and it's rare to have a patient who isn't very, very satisfied," Ryan concluded.