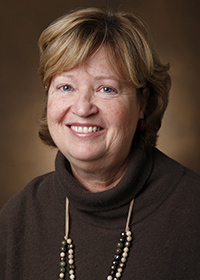 Vanderbilt University Medical Center will participate in a new federal initiative aimed at improving the use of polygenic risk scores (PRS) to predict complex diseases in diverse populations.

This week the National Institutes of Health (NIH) announced it will fund grants totaling $38 million over five years to establish and support a PRS Diversity Consortium. VUMC researchers will co-lead two of the consortium's six PRS centers.

Polygenic risk scores provide a genetic estimate of disease risk. Because most PRS were developed using data from European ancestry study samples, they perform poorly in predicting disease risk when applied to other racial and ethnic groups.

Maggie Ng, PhD, associate professor of Medicine in the Division of Genetic Medicine at VUMC, will co-lead another center with Josep Mercader, PhD, and Alisa Manning, PhD, at the Broad Institute of MIT and Harvard in Cambridge, Massachusetts.

"We focus largely on quantitative biomarkers of disease that are commonly measured for understanding disease risks and progression, mostly blood-based measures and those related to inflammatory biology," Cox said.

"We also have a focus on developing and testing PRS in diverse populations," she added, because disproportionate numbers of people from minority populations in the United States fall outside the "normal" reference ranges.

The VUMC-Broad Institute collaboration will work on improving the PRS prediction of diabetes and its complications, which Ng called one of the greatest global health challenges of the 21st century.

The center's multi-disciplinary team will aggregate and analyze data from genome-wide association studies of more than 1.8 million individuals with type 1 and type 2 diabetes, gestational diabetes and glycemia-related complications, 35% of whom are non-European.

VUMC's biobank, called BioVU, will be an important resource because it contains a large number of genome-wide genotypes from diverse samples including African Americans and Hispanics.

VUMC also maintains for research purposes electronic health records of people who donated blood and other biological samples to BioVU, but from which all information that could identify them has been deleted.

These tools and data will help researchers improve the PRS prediction of diabetes and its progression "in a setting where dramatic racial, ethnic and socioeconomic disparities exist," Ng said.

Improved prediction of diabetes, in turn, "can inform more efficient and targeted preventive strategies within health care systems and across ethnically diverse populations and advance precision care," she said.

The National Human Genome Research Institute (NHGRI), part of NIH, will fund five awards for $33 million, while the National Cancer Institute will fund one award for $5 million.