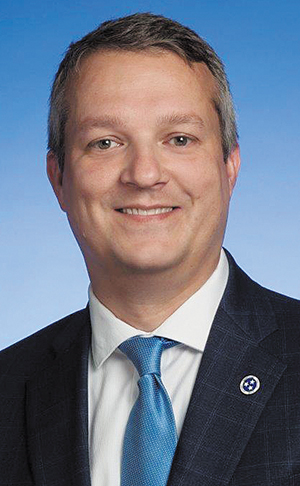 Tennessee Department of Health Commissioner Lisa Piercey, MD, MBA, FAAP has appointed John Webb as deputy commissioner for operations. Webb joins TDH after serving as deputy commissioner for fiscal and administrative services with the Department of Intellectual and Developmental Disabilities. In his new role at TDH, Webb will lead six TDH divisions including Financial Management, Contract Review, Facilities Management and Capital Projects, Fiscal Services, Property and Procurement and Support Services and will manage the department's annual budget of approximately $566 million.

Webb comes to TDH with more than a decade of leadership and service in fiscal and administrative services in state government. Prior to joining DIDD in 2016, he served as capital budget coordinator in the Department of Finance and Administration and as legislative budget analyst for the Tennessee General Assembly. He began his state service as a budget analyst with the Department of Finance and Administration and also has prior service with TDH, having worked as director of financial management in the Division of Administration from 2010 to 2012.

Webb earned his undergraduate degree from Lipscomb University and a master's in political science from the University of Alabama.

March Is Red Cross Month: Give Back in Your Community