When Every Minute Matters 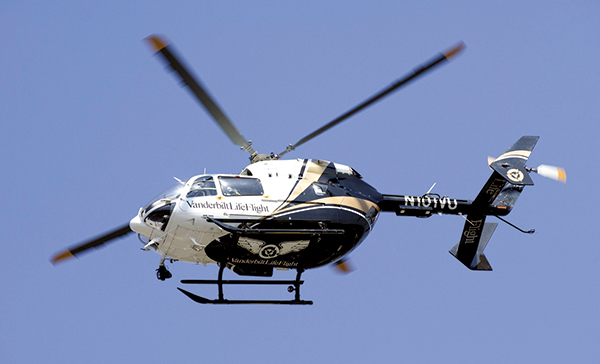 According to the Centers for Disease Control and Prevention, trauma is the leading cause of death in the first half of life spanning ages 1-44. Nationwide, 27.6 million people were treated in an emergency department for injuries in 2015. In Tennessee, more than 30,000 patients are treated in designated trauma centers each year. 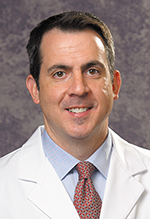 "The number of trauma injuries is significant but doesn't capture the number of people who have permanent disabilities or injuries during the most productive years of their lives," said Roger Nagy, MD, FACS, trauma medical director and surgeon at TriStar Skyline Medical Center.

"The state Department of Health has set standards that are in the best interest of the patient, but the ACS represents an expert panel from around the nation setting another layer to ensure best practices are in place and that data is being reviewed at multiple levels," Nagy explained. "It's helpful to have someone from the outside come in with suggestions from places we haven't seen and identify areas where we may have blind spots."

Verified trauma centers must meet criteria that ensure trauma care capability and institutional performance, as outlined in national guidelines put forth by the American College of Surgeons' Committee on Trauma in its current Resources for Optimal Care of the Injured Patient manual. Nagy understands all too well the complexity of the review process. TriStar Skyline was actually denied its first state designation in 2015 following a year of provisional status.

While the state had reviewed existing centers, Nagy said building a trauma center from the ground up proved to be a different experience for all involved. The Tennessee Department of Health (TDH) extended the provisional status for a second year and provided the hospital with a list of questions about possible deficiencies. Reviewing the notes, the hospital team spent the next year collecting data to meet all requirements and received their official designation as a Level II Trauma Center from TDH in 2016.

Nagy said the experience brought the department together and made them better clinically. "The bottom line is it's a lot of work to demonstrate the care you're providing, which is why designation and ACS verification is so significant," he said.

Skyline also was the state's first Comprehensive Stroke Center and is complemented by fellowship-trained orthopaedic traumatologists, often found only at university medical centers. Their team of trauma surgeons also includes oral and maxillofacial specialists. "There aren't a lot of facial surgeons who specialize in trauma, so we're very fortunate to have them as partners," Nagy said.

TriStar Skyline operates at over 90 percent capacity and saw a 128 percent increase in admissions from 2015 to 2018. Construction of a three-story addition to the existing hospital is now underway to expand emergency room services and add 60 beds, with a focus on critical and intensive care. The hospital also will break ground on a third helipad and parking lot for 475 additional spaces in 2019. 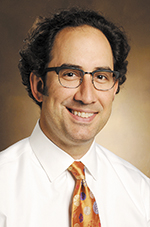 "Our focus is on education of the surgical disease of trauma and emergency management of resuscitation and critical care," said Guillamondegui, pointing to VUMC's role in training all levels of medical providers, from EMS personnel to nurses and resident physicians. "It's not as simple as doing general surgery, because trauma patients come in with medical conditions and baggage prior to trauma. No one wakes up and says, 'I want to get hit by a car today.' That means no one is prepared for the disease of trauma."

Hospital residents soon learn the acute process of managing aspects of patient care beyond traumatic injury. VUMC trains eight chief residents in trauma and more than 20 surgery residents each year and treats roughly 6,000 patients - nearly 20 a day. And while the science of trauma isn't new, the evolution of training is. Vanderbilt now works alongside the U.S. military as a civilian trauma center to share best practices.

In fact, VUMC collaborations during recent conflicts have helped shed light on a number of key findings, including the importance of whole blood resuscitation. "That's changed the entire focus of what we do, from initial management of trauma patients to ICU management and hospital care," Guillamondegui said. "As a medical community we used to think of transfusions as bad, but we now know that more blood given faster improves outcomes. And we have a massive transfusion protocol where we deliver large parcels of blood to the operating room - almost equivalent to the blood volume in one human - and we watch patients get better immediately."

VUMC also is driving research behind traumatic brain injuries and the lifelong impact of head injuries. "Trauma has long-term effects that are cognitive in terms of missed brain injuries," Guillamondegui said. "A lot of patients have long-term emotional or cognitive dysfunction that no one will ever relate to trauma because of a clear CT scan."

He said he expects those effects to be a major area of study over the next few years, as researchers work to better understand the long-term cognitive outcomes of trauma. "As a teaching hospital, we're constantly looking at trauma outcomes and research," Guillamondegui said. "We're very introspective, so we're always looking back to make sure what we've done is best for our patients. That means care changes based on outcomes over time, which allow us to deliver state-of-the-art care."