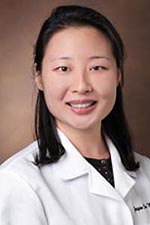 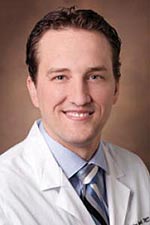 In June, the Patient-Centered Outcomes Research Institute (PCORI) announced new funding across several disciplines including $25 million to fund 10 new studies comparing the most effective ways to treat a range of health conditions that impose high burdens on patients, their families and the health care system. Meharry Medical College received support for a $1.4 million project that compares the addition of a culturally tailored counseling strategy known as motivational interviewing to medical nutritional therapy to see if it is more effective than medical nutritional therapy alone in improving diabetes-related outcomes among African-American women in the southeastern United States.

Belmont University's School of Nursing received a $285,000 Nurse Faculty Loan Program (NFLP) grant from the Health Resources and Services Administration (HRSA) to address the national shortage of nurse educators who are committed to educating the next generation of nurses and family nurse practitioners. In addition to the traditional Doctor of Nursing Practice (DNP) education in the family nurse practitioner (FNP) role, students will obtain coursework specific to the role of a nursing educator. Students in the Belmont NFLP will benefit from mentorship and strong nurse educator preparation, as well as monetary support to pursue doctoral education and loan forgiveness. Easing the financial barrier to doctoral education will improve the supply of nurse educators and nurse practitioner preceptors. The program will provide loan forgiveness of up to 85 percent of Belmont tuition, fees and associated costs if graduates are employed full time as family nurse practitioner preceptors or faculty in any school of nursing in the United States for four years following graduation. Students will have one year after graduation to secure appropriate employment.

The College of Pharmacy at the University of Tennessee Health Science Center ranks number 16 in annual research funding from the National Institutes of Health, according to a new listing published by the American Association of Colleges of Pharmacy of its 142 member institutions. Over the past few years, the UTHSC College of Pharmacy has maintained a top 20 ranking and this year jumped four places to number 16. NIH funding is highly competitive and a top 20 ranking is widely recognized as a benchmark of scientific excellence. "In 2008, the school had roughly $1.5 million in NIH funding. To come from $1.5 million to over $11 million in NIH funding annually is a huge accomplishment and represents a lot of focus, redirecting, determination, and effort," said Marie Chisholm-Burns, PharmD, MPH, MBA, FCCP, FASHP, FAST, dean of the UTHSC College of Pharmacy.

Matthew Walker Comprehensive Health Center (MWCHC) received an infusion of $50,000 in emergency grant funding from the medical aid organization Direct Relief, in partnership with the National Association of Community Health Centers. MWCHC was among 518 federally qualified health centers to receive funding through Direct Relief's $25 million Covid-19 Fund for Community Health, which recognizes the profound effect of the Covid-19 pandemic on the finances, services, staff, and patients of community health centers. MWCHC used the funds to provide free medical services in Clarksville with their mobile medical unit, HOWE (Healthcare on Wheels for Everyone).

Delta Dental of Tennessee recently announced a collective $1.1 million in donations to Tennessee dental clinics via its charitable arm, the Smile180 Foundation. Across the state, 24 clinics are receiving funds to support operating and capital costs, as well as a separate allowance to purchase dental practice supplies and equipment through an extension of Delta Dental's Operation #SmilesMatter grant program for dentists.