On Sept. 16, the American Association for Cancer Research released a first-of-its-kind report outlining disparities in outcomes and clinical trial participation for ethnic and racial minorities, along with other medically underserved populations. The inaugural Cancer Disparities Progress Report provides a comprehensive overview of the latest research and serves as a clarion call for action to achieve health equity. 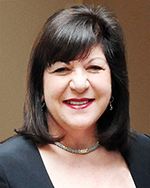 "Over the years, the AACR and it's more than 47,000 members from the United States and 126 other countries around the world have been at the forefront of every major breakthrough against cancer," said AACR CEO Margaret Foti, PhD, MD (hc), during a virtual Congressional briefing to introduce the progress report.

Foti said the idea of undertaking this historic initiative began about two years ago. AACR leadership, along with member scientists and physicians, recognized achieving a vision of health equity would require a comprehensive plan to identify the parameters of this major public health issue, inform and educate policymakers, regulators and the public, and outline the effective steps to address the problem. Originally slated to be released in March, COVID-19 upended those plans. Foti said the pandemic has served as yet another reminder of disparate outcomes and underscores the need to address healthcare inequities.

Although this landmark report is new, Foti added AACR has long recognized disparities - from inclusiveness in clinical trials to fielding a diverse workforce - and has taken concrete steps to improve representation. MICR, Minorities in Cancer Research, celebrates its 20th anniversary this year and has led the way in increasing participation by minority researchers in the field of cancer. "Diversity and inclusion in our field are extremely important for accelerating the pace of progress against cancer, and a lack of racial and ethnic diversity in both the cancer research and healthcare workforce is one of the major factors contributing to cancer health disparities," Foti stated. 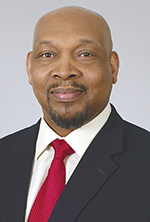 MICR Council Chair John Carpten, PhD, also chaired the Cancer Disparities Progress Report steering committee and said there is both reasons to be excited and much more work to do. "This inaugural and historic progress report will provide the world with a comprehensive baseline understanding of our progress toward recognizing and eliminating cancer health disparities from the standpoint of biological factors, clinical management, population science, public policy and workforce diversity," he said. "What I'm excited about now is that we have amazing tools and technologies and methodologies that are really allowing us to hone in on biological factors that might be influencing these disparities."

There have been several areas of progress including the differences in the overall cancer death rate among racial and ethnic groups being less pronounced today than ever before. The AACR cited an overall cancer death rate for African Americans being 33 percent higher than the cancer death rate for whites in 1990. While an unacceptable disparity still exists, the difference dropped to 14 percent higher by 2016. Recent studies have shown outcome disparities could be eliminated for some types of cancer if all patients had equal access to standard treatment, and other initiatives have shown the effectiveness of tailored outreach and patient navigation efforts. Additionally, multiple studies and initiatives focused on gaps in knowledge about cancer biology in diverse populations is already underway. Two such efforts are the AACR Project Genomics Evidence Neoplasia Information Exchange (GENIE) and the National Cancer Institute-funded African American Breast Cancer Epidemiology and Risk (AMBER) Consortium.

Carpten, who is chair of the Department of Translational Genomics and co-leader of the Norris Comprehensive Cancer Center at the University of Southern California, said additional research is a critical component to building on current efforts. "We need to diversify clinical trials, increasing the numbers of minority individuals participating," he stated.

Carpten also keyed in on the importance of integrating societal issues and how they impact biology and outcomes into the bigger picture of addressing disparities. As referenced in the report, Carpten noted 21 percent of African Americans, 18 percent of Hispanics and 8 percent of non-Hispanic whites lived below the federal poverty level in 2018.

"Without a doubt, socioeconomics and inequities in access to quality care represent major factors influencing cancer health disparities, and these disparities will persist until we address these issues," he said.

"We've made progress in a number of areas, again particularly on the biology side, but I still think we have a long ways to go," Carpten said. Having this landmark report to help all stakeholders better understand where we currently stand is a critical step in that continued journey.

To view the full report and additional resource materials, go online to cancerprogressreport.aacr.org/disparities.