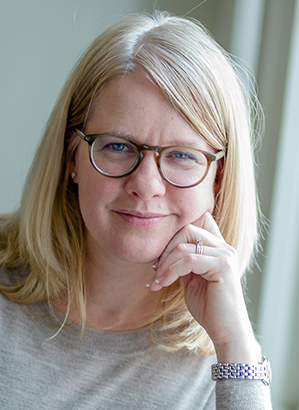 As a journalism major at the University of Tennessee Knoxville, Abby Trotter wasn't planning a career in healthcare. Yet, her skill set perfectly aligned with the needs of a burgeoning life sciences industry in a region better known for healthcare services.

"I came into healthcare from a public affairs and economic development perspective," Trotter explained. "When I first moved to Nashville in 1995, I was very involved in both economic development and healthcare initiatives while working at a previous public affairs firm. It was there that I was first exposed to Life Science Tennessee, then called the Tennessee Biotechnology Association."

Launched in 1999, the organization stemmed from groundwork by the Tennessee Department of Economic Development to capitalize on the growth of life sciences in a state rich with resources. "Tennessee has some of the nation's best research institutions - Vanderbilt, St. Jude, UT and Oak Ridge National Laboratory," enumerated Trotter. "Coupled with our specialties in healthcare delivery, we had ... and still have ... a real opportunity to develop a new economic driver for the state."

"Life Science Tennessee is part of a national organization called the Council of State Biotechnology Associations (CSBA) managed through BIO," Trotter explained of the statewide non-profit. With more than 100 company members, the organization's mission is to advance and grow the industry sector through advocacy, partnership and alignment with workforce and economic development activities.

Although she isn't a researcher, Trotter's skills have propelled the organization forward. Seeds planted over the last decade are now bearing fruit. In the last few months, Revance Therapeutics moved its headquarters from Silicon Valley to Nashville, and August Biosciences announced a major expansion. In April, Nashville was named one of the country's 10 fastest-growing biotech hubs for job opportunities.

She is also hopeful the industry will build off the success and collaboration that brought COVID vaccines to the public in record time. "That was only possible because of the partnership that was created between industry, government and providers," Trotter pointed out. "I'd like to see us address other healthcare needs with similar resolve."

She said the nation's opioid epidemic, which was exacerbated by the pandemic, is a prime area where biotech could offer new options. "One very promising treatment is a non-opioid-based pain medicine, Caldolor, which was developed at Vanderbilt and is on the market from local company Cumberland Pharmaceuticals," Trotter said. "We need to look at how science and innovation can continue to solve our most complex public health problems," she added.

Most recently, Trotter took on the executive director position for BioTN. "It's a non-profit focused on creating a pipeline of talent for the life science industry, beginning with STEM programing for secondary education all the way to workforce development programs for scientists and entrepreneurs," she explained.

"My job pulls me in a lot of directions. I'm grateful for that - and I'm mostly responsible for it, as well, if I'm being honest," she admitted with a laugh. "I thrive in this atmosphere, but it can be challenging."

Add, wife and mom to Trotter's roster of roles. "I am married to a high school history teacher, Doug Trotter, who leads an advanced program at Overton High School. I'm a passionate supporter of public education, and both our daughters went to Overton," she noted. Sadie, 18, just graduated and is headed to Purdue to become a commercial airline pilot. Celia, 17, is a rising senior, so the family looks forward to another busy year of college planning.

"The outdoors is my de-stressor," she noted. "I love to be outside - in my garden, on a run in the neighborhood, a hike, or on the lake."

With momentum gathering, Trotter can use a little tranquility before diving back into busy days sharing the state's successful life science story and growing the sector.