July 20, 2020 - The American Hospital Association (AHA) Board of Trustees has selected Wright L. Lassiter, III, president and CEO of Henry Ford Health System in Detroit, Mich., as its chair-elect designate. Lassiter will be the 2022 chair of the AHA, becoming the top-elected official of the national organization that represents America's hospitals and health systems and works to advance health in America.

Lassiter has led the Henry Ford Health System as president since 2014 and as president and CEO since 2016. In this role, he oversees the not-for-profit Henry Ford Health System, one of the country's largest and most comprehensive integrated health systems. The system includes six hospitals, the 1,900-member Henry Ford Medical Group, Health Alliance Plan (a health insurance company with 533,000 members), the Henry Ford Innovation Institute, and 250+ ambulatory care sites and other health-related entities throughout southeast Michigan. Additionally, Henry Ford is among the top academic health centers in the Midwest, receiving nearly $100 million in annual research funding and actively participating in medical education and training programs.

Prior to joining Henry Ford, Lassiter was the CEO of the Alameda Health System in Oakland, Calif., a comprehensive public health system with five campuses serving the east San Francisco Bay region. He also held leadership roles at JPS Health Network in Fort Worth, Texas, and at Dallas Methodist Medical Center in Dallas, Texas.

"I am honored to serve in this capacity, especially at such a pivotal time in our country," said Lassiter. "As health care leaders guided by a strong mission to steward health and wellness, we have a unique opportunity to advance the role our field has in shaping our nation's future. I am proud to continue working alongside all of our AHA partners to advocate for the communities we serve."

A past member of the AHA Board of Trustees Executive Committee, Lassiter also chaired several AHA committees, and is immediate past chair of the board of trustees for America's Essential Hospitals.

Considered among the nation's most influential health care leaders, Lassiter is the vice chair of the board of the Federal Reserve Bank of Chicago and serves on a number of community boards, including the Motown Museum, the Downtown Detroit Partnership, the Detroit Children's Fund, and the Detroit Regional Chamber.

He received his Bachelor of Science degree from LeMoyne College in Syracuse, N.Y., and his Master of Healthcare Administration from Indiana University. 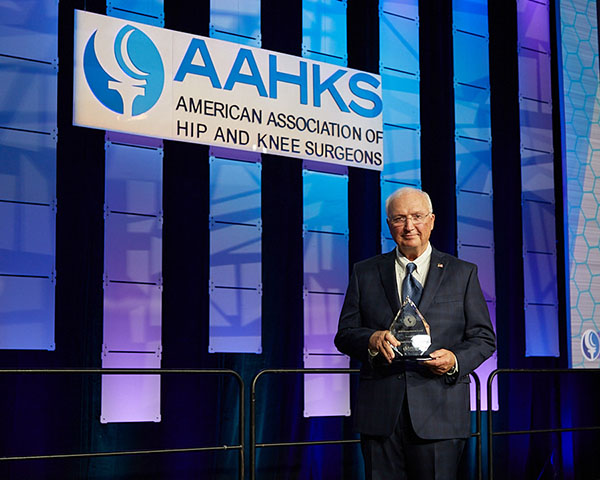