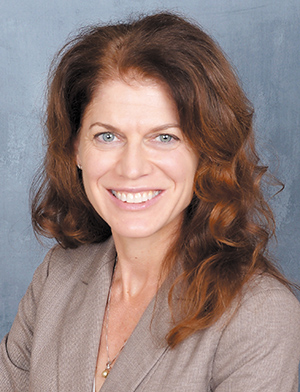 For three decades, United Health Foundation has worked to quantify areas of challenge and opportunity for states in addressing health outcomes through America's Health Rankings®. Last year, the philanthropic foundation of UnitedHealth Group adopted a new model focused on health at the intersection of the four key drivers - physical environment, social and economic factors, clinical care and behaviors.

In October, the organization released America's Health Rankings 2021 Health of Women and Children, which impacts the overall health of the nation. The report looks at the health of more than 58 million women of reproductive age and 73 million children nationwide with data points specific to each state.

She noted this most recent release is the fifth report on the health of women and children. "The data primarily represents pre-pandemic and early pandemic timing," she added as a caveat, noting the pandemic has likely exacerbated some issues.

"Now, in this stage of the pandemic, we're seeing an increase in overall mental health conditions for children. This is reflected nationwide," Kirk continued. "Just today, the AAP, American Academy of Child and Adolescent Psychiatry and Children's Hospital Association declared a national emergency in children's mental health," she noted of the mid-October announcement (see sidebar).

On the plus side, the report found Tennessee had lower rates of anxiety and depression for children. Another positive for youth is a lower rate of illicit drug use in Tennessee compared to much of the nation. Teen suicide, however, was slightly above the national average with the state measuring at a rate of 12.0 compared to a national rate of 11.2.

Kirk again stressed the information outlined in the most recent rankings was largely collected pre-pandemic. "There is significant evidence of mental health stress for women, children and others," she said of more recent reporting. "It's estimated more than 150,000 children have lost a primary or secondary caregiver during the pandemic."

Tennessee saw a number of positives including a high prevalence of exercise among women and a decrease in teen births for females ages 15-19, dropping from 34.8 to 23.7 per 1,000 births over a six-year period. For women ages 18-44, there was an 11 percent decrease in poverty between 2018 and 2019. However, at a rate of 16.9 percent, that figure is still above the national average of 15.2 percent and gives Tennessee a rank of 37 in the nation. The story is worse for children, with the state ranking 41st at 19.7 percent compared to a national value of 16.8 percent.

Other issues to be addressed include a high mortality rate among women ages 20 to 44, a high prevalence of multiple chronic conditions among women and a 61 percent increase in excessive drinking for women between the ages of 18 and 44 when comparing the years 2014-15 to 2018-19. "That's concerning, as well as drug deaths increasing by 33 percent," noted Kirk.

Despite ranking in the middle of the pack for number of pediatricians and above average for adequate insurance, Tennessee ranks last for WIC coverage among eligible children ages one to four. Similarly, the state ranks highly for high school graduation rates (6th in the country) but poorly for early childhood education (41st nationally).

"Look at these measures that seem like they are in contradiction and really drill down to see where the gap may be," advised Kirk. For example, she continued, the low WIC usage "may be a marker of parental misunderstanding of WIC availability and how to access the resource."

She added the point of the annual rankings is a call to action. "One of the key messages is to highlight with the data strengths and opportunities for improvement," said Kirk. "Another key message is for everyone who is invested in health and wellness to drill down into our nation's data to understand for their own communities and state what the trends are and to help determine where resources should be allocated to address challenges."

For more detailed information on national and state findings, go online to AmericasHealthRankings.org. State summaries are available to download from the report's homepage.