It's that time of year when Tennessee lawmakers have returned to the Capitol, elected new leadership and gotten down to the business of governing. The first session of the 111th Tennessee General Assembly convened at noon on Jan. 8, 2019, and the state's largest healthcare associations have greeted that return with priority agendas to address practice and patient safety issues.

The Tennessee Hospital Association (THA), Tennessee Medical Association (TMA), and Tennessee Nurses Association (TNA) all shared key legislative agenda items for this year. While many of those priorities align across hospitals, physicians and nurses, some issues continue to be areas of contention among the otherwise collegial groups. No matter what the points of difference, however, the state's three large provider organizations are all working to improve high quality access to effective, efficient care for Tennesseans from Mountain City to Memphis.

The Tennessee Hospital Association looks to address several key priorities during the current session. The organization will bring legislation to continue to fund the shortfall in the TennCare budget through the voluntary hospital assessment as has happened for the last several years. The assessment helps maintain coverage for physical, speech and occupational therapies, physician office visits and other services, as well as avoidance of a significant provider rate reduction. 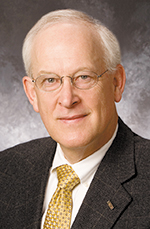 In 2018, legislators passed Public Chapter 840, often referred to as the 'Balance Billing' act. THA President and CEO Craig Becker explained the law made changes to existing requirements for hospitals and ambulatory surgery centers to provide notice to patients regarding billing and coverage for healthcare services. "The intent is to be as transparent as possible to our patients about their healthcare and cost-sharing obligations for services," he noted. Becker added the revised law requires these facilities to inform patients that even if the hospital or ambulatory surgical center is in-network, certain providers involved in treatment might not be.

While THA worked closely with legislators to pass the law, the organization looks to clean up confusing language in the out-of-network notice legislation. Becker said the goal is to simply clarify some elements to ease implementation and ensure patients receive 'relevant and useful' information as it relates to coverage benefits and cost-sharing.

In 2019, THA also is seeking a specific, narrow modification of the Tennessee Nurse Practice Act to keep hospitals from being cited for violations of what is a longstanding practice.

"Hospitals, particularly rural hospitals, were being cited by the Centers for Medicare & Medicaid Services for having trained and certified obstetrical nurses make determinations if a woman was in active labor -- a practice that has worked and dates back years," said Becker. "If the patient was in active labor, the doctor would be called to come to the hospital," he continued.

Becker noted THA staff and representatives from several rural hospitals traveled to D.C. to meet with CMS officials about the issue. "The officials said that although the practice was appropriate clinically, updates to Tennessee's Nurse Practice Act were needed in order to avoid being cited," Becker explained.

To address EMTALA requirements, Becker said THA looks to clarify in statute what has been consistent practice in hospitals between nurses and physicians. THA is working with TMA and TNA on the issue.

Certificate of Need legislation remains a key concern for hospitals. Americans for Prosperity (AFP) Tennessee, the state level arm of the national organization, has identified the elimination of the Certificate of Need (CON) process as one of its top priorities ... a move with which THA strongly disagrees. As an organization, THA has firmly maintained that arguments introducing 'free market principles' to the healthcare system are deeply flawed and fail to consider the unique financial model of hospitals and other providers ... or the precarious financial situation experienced by many rural hospitals in the state. Hospitals, Becker pointed out, have a mandate to take everyone who shows up at their doors, regardless of that individual's ability to pay for services.

"Once CON laws are gone, entrepreneurs open outpatient services next to hospitals and will only take paying customers, leaving hospitals with the indigent and TennCare patients. Generally, these entities also drive up utilization and, therefore, cost," said Becker. "The existing CON process ensures the orderly development of healthcare in Tennessee, while minimizing regulatory burdens on healthcare providers," he added.

Becker pointed out THA worked closely with lawmakers in 2016 to significantly modernize Tennessee's CON process. "Given this action and 2018's extension of the Health Services and Development Agency (HSDA) for three years, THA believes it is early to reexamine the CON law and elimination would run counter to last year's action by the General Assembly to extend the HSDA," he stated. 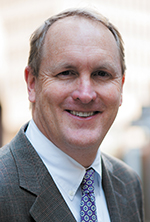 The Tennessee Medical Association, the state's largest professional organization for physicians, released its 2019 legislative agenda last month and intentionally limited the list of topics it plans to push in the new-look state legislature. "With a third of the men and women in the General Assembly being brand new this session - along with a new governor - we expect to devote a lot of time building relationships and serving as a resource on important healthcare issues," said TMA 2018-19 President Matthew L. Mancini, MD.

With that in mind, TMA has set its top 2019 legislative priorities as seeking to improve opioid prescribing laws, address MAT parity, defend scope of practice and pursuing a reasonable compromise on payment issues.

While TMA was able to make significant tweaks to Gov. Bill Haslam's "TN Together" legislation in 2018, the organization has found some of the unintended consequences doctors initially feared the new law would create are manifesting across the state. "We were transparent about our concerns last year as the laws were taking shape and even after they passed," said Mancini. "Putting labels on patients and overly restricting the initial prescription supply has obstructed some patients from getting the care they need."

While new restrictions on prescribing and dispensing are no doubt reducing overall initial supply, TMA said those restrictions could also impede access to legitimate, effective pain management and fuel a rise in illicit drug use.

"Fewer primary care doctors are going to write opioid prescriptions out of misunderstanding and/or fear of the new law, and there are not enough certified pain management specialists in the state to refer their patients," Mancini said. He continued, "The partial fill provision has been a disaster as some pharmacy chains have chosen to institute their own fill policies that are more restrictive than TN Together. And when their access to prescription pain management goes away, many patients are turning to cheaper and easier-to-find illicit substances like heroin and fentanyl, which are fueling the continued rise in overdose deaths."

TMA has pledged to work with the legislators to amend the law to improve initial prescribing restriction and to focus on alternative treatment therapies and other key aspects to effectively fight the opioid epidemic in Tennessee.

Another key issue is MAT parity. TMA has long advocated for more accessible and well-funded treatment options for patients struggling with substance abuse, including using medications in combination with counseling and behavioral therapies.

This year, TMA will ask the General Assembly to consider a resolution, rather than a law, encouraging health insurance companies to include Medication-Assisted Treatment (MAT) therapies in patients' health plans and reimburse specialists who provide MAT services at rates comparable to other treatments. "In other words," said Mancini, "we don't want a lack of health plan coverage to limit the options available to patients who need help."

Scope of practice issues continue to be of concern to the physician organization despite a current moratorium on the subject. TMA has stated its members are "on alert to continue defending against any proposals that would threaten patient safety and quality of care by removing physician oversight for nurses, physician assistants or any other midlevel providers."

In 2016 TMA reached an agreement with the Tennessee Nurses Association that included a three-year moratorium on all independent practice bills. The moratorium expires at the end of the 2019 session, but doctors expect the debate to resurface, particularly around expanding access to care in rural areas.

"TMA understands there are access to healthcare issues," said Mancini. "We are making it our priority to come up with solutions, including telemedicine and increasing the number of doctors being trained in Tennessee, with an emphasis in primary care." He continued, "We already know that advanced practice clinicians are essential to providing access but also know that Tennesseans get the safest, highest quality care when we collaborate as a team. Giving nurses independent practice without physician collaboration would create more fragmentation in healthcare delivery and threaten quality of care and patient safety. We need more integrated and coordinated healthcare delivery, not more silos."

On the Balanced Billing legislation, Mancini said TMA has attempted to work with stakeholders over the past few years to resolve "surprise bills" for patients. At the heart of the issue is TMA's dual desire to protect physicians' rights to be fairly compensated for out-of-network services they provide, while remaining fair to patients who are caught between their health plan and their physician.

Mancini noted physicians don't have control over who the other providers might be when scheduling procedures at a patient's in-network hospital. He added it's operationally impractical for physicians to notify every patient in advance about the health plan network status of every provider or service the patient would, or could, encounter. "We are hopeful that we can address the real cause of the problem by working toward more adequate health plan networks," he added. 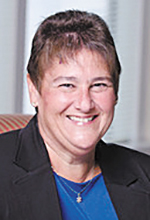 Representing more than 110,000 Tennessee registered nurses, TNA is in the midst of its 2018-2020 legislative and health policy agenda. To achieve the mission of improving health and healthcare for all Tennesseans, TNA's stated focus is on supporting initiatives that improve patient care experience, improve population health and reduce the per capita cost of healthcare to optimize health system performance.

"TNA, along with TMA and others, is a participant in the moratorium on the introduction of any new scope of practice legislation until 2020, so TNA will not be introducing any scope of practice changes in the 111th General Assembly," said TNA Executive Director Tina Gerardi, MS, RN, CAE. That said, she continued, "TNA will always support efforts to remove antiquated rules and regulations that have no impact on patient care outcomes and continue to restrict access to care and provider choice in Tennessee."

Among TNA's overall key priorities are the:

Although not introducing any scope of practice bills this year, Gerardi said, "(TNA) will monitor and will mobilize nurses across the state to support or oppose bills that impact nursing practice and healthcare based on the principles outlined in the TNA health policy statements."

She added TNA is also monitoring any legislative outcomes from the buprenorphrine work group recommendations that were released on Jan. 24. "TNA supports APRNs prescribing buprenorphrine in order to meet their patients' comprehensive healthcare needs," she said. 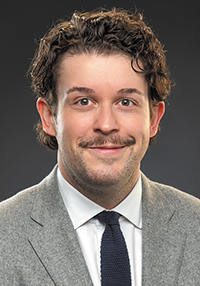 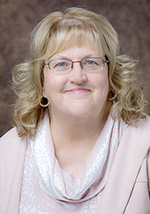 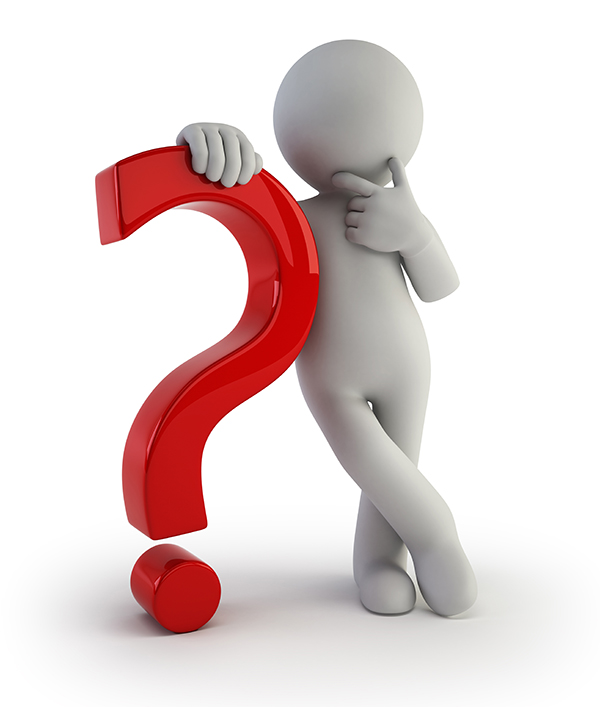 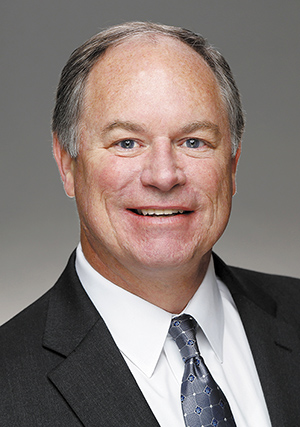