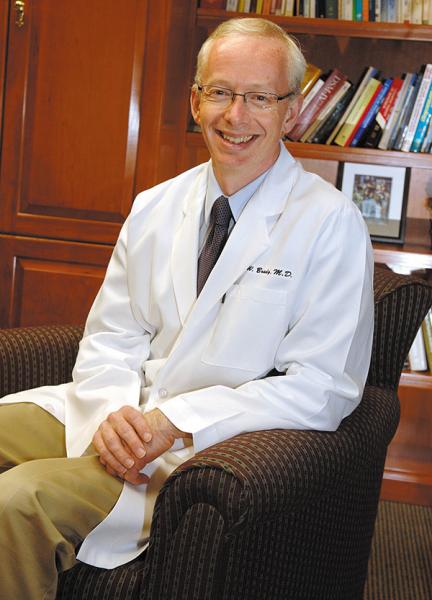 The American Medical Association recently announced the next step in transforming the way physicians are educated and trained with the introduction of a five-year, $15 million Reimagining Residency grant program (Nashville Medical News, May 2019). After receiving letters of intent from more than 250 entities, which were narrowed down to 30 finalists submitting full proposals, the eight selected for grant funding were announced during AMA's national meeting last month - including an exciting joint project between Vanderbilt University Medical Center (VUMC) and the University of Mississippi Medical Center (UMMC).

The eight projects selected will each receive $1.8 million over five years to implement their proposed initiatives to serve as a model of change in graduate medical education (GME) approaches. "In the face of rapid change and complex competing forces in healthcare, the intertwined needs of patients, systems, and healthcare professionals -- including those in training -- demand urgent attention," noted Donald W. Brady, MD, executive vice president for Educational Affairs at VUMC and senior associate dean for Health Sciences Education at Vanderbilt University School of Medicine.

If the aspiration is to create the healthiest patient possible, that must start with training the most competent physicians possible, noted Brady, principal investigator for the new GOL2D (Goals of Life and Learning Delineated) project. "Healthcare has changed a lot and will continue to evolve," he continued. "How do we ensure we have the best healthcare workforce, including physicians, that we can to take care of the health of the populations they serve?"

Trying to answer that question became the impetus for crafting the joint initiative, which will train nearly 1,600 residents and fellows in more than 150 programs across a host of urban and rural care settings linked to the two academic medical institutions. Brady noted VUMC and UMMC entered a strategic partnership about a year ago so the infrastructure for a connected project was already in place.

"As we think about the health of populations, Tennessee and Mississippi are two of the states that are traditionally not at the top of health rankings for outcomes, so we have a common bond there," he pointed out. "And," Brady continued, "AMA wanted unique collaborations. This is a really unique blend of a private and public institution. It could be a model for the nation of how to create these partnerships. Any positive results we see would be more likely to be able to be disseminated to other institutions because we would have done it across a breadth of settings."

Brady said GOL2D centers on three key areas of focus. "We identified five capacity domains we think are crucial for future physicians that are transcendent of any specialty," he said of the first focus area. The five "personae" domains are:

The idea, Brady said, is to create novel integrated, interdisciplinary experiences (IIEs) for future physicians that will help them flesh out those competencies through both didactic and experiential components. While all residents will experience the core didactics of each of the IIEs, individual residents can opt to join a specific community for a deeper dive that includes interdisciplinary reflection exercises and work to advance the specific domain. For example - to foster physicians as leaders and advocates, Brady said residents and fellows must actually have the opportunity to lead a team or be involved in hands-on advocacy work in the care setting or community.

Brady said the second key focus area relates back to Vanderbilt's grant as part of the founding consortium in the AMA's Accelerating Change in Medical Education initiative launched in 2013. In rethinking undergraduate medical education (UME), Vanderbilt has been shifting to competency-based programming. While medical school is typically four years with GME training adding another three to seven years, Brady said the traditional, time-based approach doesn't account for individual variances where one student might need more time on a specific concept, while another might be able to move forward at a faster pace.

"How can we pilot and scale opportunities for competency-based progression from UME to GME and from GME into practice?" Brady asked. With the work and tracking already being implemented at Vanderbilt University School of Medicine, he noted, "We think we're uniquely poised to do this well."

While it's highly unlikely anyone could ... or should ... zip through medical school in three semesters and complete residency in a year, Brady said shaving off even a little time by demonstrating subject matter mastery has the potential to save dollars and move physicians into the workplace more efficiently ... both important points considering medical student debt load and national provider shortages.

"The third big bucket is to develop a process for longitudinal tracking of both life and learning goals for both residents and clinical fellows using a platform that supports lifelong learning and personal reflection," said Brady.

He noted the GOL2D team believes strongly in the need to invest time and energy into becoming the best physician possible and enhancing skills throughout a doctor's career. "On the other side," he continued, "people also have life goals ... they want to marry, have a dog, travel." Brady said it should be possible to have both.

"We often try to separate those two, but you really can't. One side is always influencing the other," he pointed out. "We want to get our trainees in the habit that they should realize the two go hand-in-hand."

He said helping the next generation of physicians find balance should help with the growing problem of burnout. "It may also help us get the right people into medicine."

Brady added, there is a thread of well-being throughout all sections of the GOL2D initiative to help residents flourish in their careers and lives to the benefit of not only the physicians being trained but to the patients and communities they will serve.