Melt Pharmaceuticals plans to use the proceeds to conduct its pivotal Phase 2 efficacy study for the company's lead drug candidate, MELT-300, a patented combination of midazolam and ketamine in a rapidly dissolving, sublingual tablet to provide sedation and analgesia for patients undergoing cataract surgery. Melt's IV-free and non-opioid approach seeks to replace the current practice of IV-delivered sedation and analgesia medication, including the use of fentanyl intraoperatively and other opioids prescribed for pain post-operatively. Melt expects to dose its first patient in September 2021 and to report topline clinical results in the spring of 2022. Pending the outcome of the Phase 2 clinical study, Melt Pharmaceuticals anticipates beginning a Phase 3 clinical study, which compares MELT-300 to a placebo, in the second half of 2022. Melt also expects to file with the U.S. Food and Drug Administration (FDA) two investigational new drug applications (INDs) for its MELT-210 and MELT-400 programs in the latter part of 2021.

"We are pleased to have secured this non-dilutive funding that allows us to complete our Phase 2 clinical study of MELT-300 and execute our overall clinical strategy, which we expect to generate data to ultimately support a new drug application (NDA) submission to the FDA," said Larry Dillaha, M.D., CEO of Melt Pharmaceuticals. "Recent estimates are that as many as 50% of the over four million annual cataract surgeries in the U.S. involve patients being exposed to opioids perioperatively. If FDA approved, MELT-300 will be a new surgical protocol that should virtually eliminate opioid exposure during cataract surgery, ameliorating, in part, the devastating public health effects of the U.S. opioid crisis. As a result of this funding, we will now also be able to advance our goal of leveraging our patented technology in other short-duration procedures in medical fields such as pediatrics, dermatology, plastics, and women's health."

Mark L. Baum, Harrow Health CEO, added, "As Melt Pharmaceuticals' largest shareholder, an owner of royalty rights of potential MELT-300 sales, and given our domain expertise in commercializing ophthalmic surgical pharmaceutical products, Harrow is delighted to provide the capital for Melt's flagship MELT-300 program and to advance other valuable Melt development programs. Dr. Dillaha has an impressive 505(b)(2) drug approval track record, and we believe strongly in his team's strategy with the MELT-300 program. For Harrow, I can think of few near-term events that could deliver the magnitude of value as MELT-300, a multi-patented drug development candidate with a billion-dollar annual revenue opportunity in the growing ophthalmic surgery market. I am very excited about what this potential paradigm shift away from opioids and IVs could mean clinically for patients and ophthalmologists and financially for Harrow shareholders."

The senior secured loan, funded with approximately $12.5 million of new cash and about $1 million of existing amounts owed to Harrow Health, has a one-year term with no principal payments due until maturity and no pre-payment penalties. The loan carries an annual interest rate of 12.5%, which can be paid-in-kind in the form of additional principal balance. The loan is secured against nearly all of Melt's assets, including all patents issued in the U.S., Australia, Japan and South Korea related to Melt's platform technologies. Concurrent with entering into the loan agreement, Harrow Health was also provided a five-year, right-of-first-refusal option related to third-party commercialization rights of Melt's drug candidates.

Harrow Health owns approximately 44% of the equity interests in Melt Pharmaceuticals along with a 5% royalty right on sales of MELT-300. 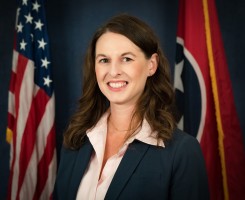