The eStar Physician Builder Program supports VUMC physicians and other employees in devising and implementing new content and tools for VUMC’s health IT system, eStar. The program is directed by Jonathan Wanderer, MD, professor of Anesthesiology and Biomedical Informatics and medical director of perioperative informatics at VUMC.

The awards, now in their second year, are sponsored by the Vanderbilt Clinical Informatics Center (VCLIC).

As an eStar builder, Patterson, a general pediatrician, has focused on efforts to improve provider efficiency and patient outcomes. His efforts have resulted in, for example, a more efficient process for documenting well-child visits and capturing discrete data to drive quality improvement initiatives; quicker user access to common reference information; tools that generate care plans that families can print and use; improved automated recommendations for providers; and a new depth and sweep to clinical effectiveness and population health reporting.

According to an award nomination letter, “Barron goes the extra mile to help the children of Middle Tennessee and pediatricians of VUMC by building evidence-based tools that facilitate efficient and equitable clinical care.”

Horst, a gastroenterologist, has focused on efforts to enhance and streamline patient care, resulting in, for example, automatic updates to colonoscopy surveillance intervals based on polyp findings; new so-called eStar express lanes that simplify workflow by putting into a single screen all the tools that a clinician needs to complete a specific visit; new summary views combining a patient’s labs, procedures and radiology tests; and new workflows to support telehealth sessions.

According to an award nomination letter, Horst’s eStar work “is a great example of a builder helping push the adoption of new capabilities and catalyzing Health IT to do new kinds of work.”

“You yourself have the technical ability to go into our system and configure it the way that you want it to work,” as an eStar physician builder,  Wanderer said.

“With this program, the big advantage is that you can get folks who already know the medicine really well involved in designing and building new system features or changes to workflows that help with patient care.”

“What Jonathan has accomplished with this program is really impressive,” said Adam Wright, PhD, professor of Biomedical Informatics and director of VCLIC. “We proposed sponsoring these awards to recognize outstanding physician builders and highlight some of what’s been accomplished. At VCLIC, we’re fans of good clinical informatics things going on.”

The eStar Physician Builder Program is seeking more participants. Training and certification is provided by Epic, and participants are paired with an eStar analyst from VUMC Health IT. Epic is currently offering both virtual and in-person training for its builder courses. 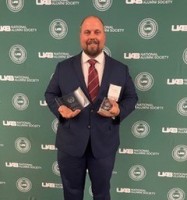 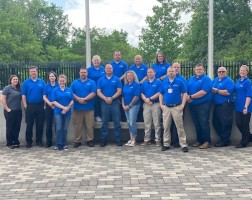