NASHVILLE — As summer kicks into high gear and many Tennesseans find themselves spending more time outdoors, the doctors from the Biologix Center for Optimum Health, a Nashville healthcare facility specializing in chronic illnesses, are warning residents to check themselves for ticks and to be aware of the signs and symptoms of tick-borne illnesses to ensure Tennesseans have a happy, healthy summer outdoors.

Tick-borne diseases and pathogens can be transferred to humans by infected ticks carrying bacteria, parasites, or viruses. Some of the most common tick-borne diseases in the U.S. include Lyme disease, babesiosis, ehrlichiosis, anaplasmosis, Southern Tick-Associated Rash Illness, Tick-Borne Relapsing Fever, and tularemia.

“Whether you are outdoors to work or play, caution should be taken to ensure you and your loved ones are safe from ticks and the diseases they can carry,” said Dr. Jernigan, founder of the Biologix Center and one of the country’s top innovators of precision testing and treatment. “Because tick-borne illnesses like Lyme disease have a wide range of common symptoms, it can often be left undiagnosed and untreated, which can cause long-term damage to nearly every system within the body.”

Of the myriad of tick-borne diseases that exist, Lyme disease is the most commonly reported in the country. The Centers for Disease Control and Prevention (CDC), reports on their website that insurance records suggest that each year approximately 476,000 Americans are diagnosed and treated for Lyme disease.

According to the Tennessee Department of Health (DOH), Lyme disease is the third-highest reported tick-borne disease in the state. In 2021, 58 cases of Lyme disease were reported, an increase of 66 percent compared to 38 cases in 2020. Although Lyme disease was first identified in northeastern states, it is now found in every state in the U.S. and is indeed a global infection found in almost every country. With growing tick populations throughout the southern U.S., Lyme disease is a growing concern in Tennessee, although few doctors are trained to recognize it.

Lyme disease can display a bulls-eye rash around the tick bite, although the rash may only occur in 30-40 percent of cases, leading many physicians to miss the diagnosis, according to Jernigan, who wrote the first book and now four books on natural ways to restore health in people with Lyme disease. He also holds nearly 30 years of experience helping people from around the world with treatment-resistant chronic illnesses. Because many people never remember having been bitten by a tick, Jernigan says often times people do not consider their problems may stem from Lyme disease.

According to Jernigan, bacteria of Lyme disease can be sexually transmitted, so any effective treatment plan should include the spouse or partner, even if they are not symptomatic.

Other early symptoms include but are not limited to fatigue, chills, fever, hyper-sensitivities, headache, fatigue, joint pain, stiff neck, neurological problems, and depersonalization and emotional issues. Chronic infection can be an underlying cause of neurological illnesses, including neuropathies, neuromuscular diseases, dementia, and Alzheimer’s disease.

Jernigan says Lyme disease is the “great imitator” in that it can have the same symptoms as many other illnesses. Due to the wide variety of symptoms and the different affects it has on each person, chronic Lyme disease often goes undiagnosed, resulting in progressive damage throughout the body.

According to the Tennessee DOH, there are six key species of ticks that live in various parts of the state; the American Dog Tick, Asian Longhorned Tick, Black-Legged Tick, Brown Dog Tick, Gulf Coast Tick and Lone Star Tick.

Environments like worksites with woods, bushes, high grass, or leaf litter are teeming with ticks. Outdoor workers should be extra careful to protect themselves in from late spring to late-summer when young ticks are most active. To prevent getting bitten and potentially contracting a tick-borne disease, Jernigan is advising Tennesseans to take the following precautions when spending time outdoors:

Jernigan recommends that anyone with pets consistently check their animals for ticks to prevent them from making their way into your home. Watch for any of the same human symptoms in your pets. Veterinarians are well versed in understanding and treating tick-borne diseases in animals.

Almost every type of bacteria has become antibiotic-resistant. While antibiotics may kill up to 85 percent of any targeted bacteria, Jernigan advises that the remaining 15 percent may mutate, becoming even more dangerous, which can result in many years of debilitating and destructive symptoms. Several co-infections that are almost always present with the primary Lyme infection, Borrelia bacteria, include but are not limited to strains of Babesia, Bartonella, mycoplasma, as well as various viruses, such as Epstein-Barr virus, which all combine to make conventional treatment very difficult.

Jernigan stresses that these infections should be seen as “termites” damaging the tissues and systems of the body. If diagnosed early, the damage to the tissues is minimal and effective treatments bring rapid restoration of health. After prolonged infection, killing the infections is highly beneficial, but does not heal the damaged tissues, so months to years of various treatments are often required to repair tissue damage.

If you or someone you know are dealing with ongoing symptoms of any type, even after taking antibiotics, please contact the Biologix Center today by calling 855.955.1395 or visiting www.BiologixCenter.com. 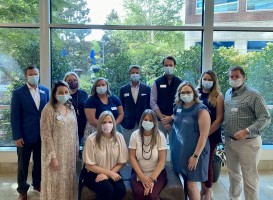 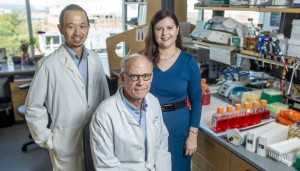 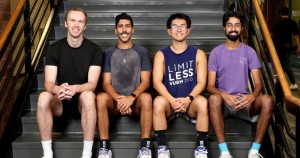