Personal Income vs. Health Care Availability: Which Is More Important For Healthy Aging?

A recent report released by digital health companies Kilo Health and DoFasting ranks the life quality of American states according to the Healthy Aging Indices. The results indicate that personal income contributes more to healthy aging than public health care.

To highlight the full spectrum of healthy aging in the US, DoFasting has recently released a study ranking the 50 states using the latest Healthy Aging Index. In response to the results of this study, several new data have come to light that can help improve life expectancy in the lower-ranking states in the country.

Contrary to popular belief, healthy aging is more about improving life quality through low-risk health behavior than it is about life expectancy.

"Multiple recent studies have shown that a low-risk lifestyle can prolong life expectancy – and that most of these additional years of life are spent in good health."

We may not be able to control the human lifespan, or the variables like genetics that contribute to it. But we can change the course of life quality. The main purpose of this study is to find state-based solutions that can help people have the opportunity to maintain physical and mental wellness throughout their lifespan.

Constant fascination with life expectancy among scientists studying the aging processes led to the rise of indices for aging in the context of health – mainly healthy and active aging. On its own, aging is a vast discipline and can only be measured according to the author's specific requirements.

For the sake of this study, the DoFasting team has defined the latest Healthy Aging Index according to the following 5 categories: health care, mental health, behavioral aspects, demographics, and economics. The Index has five categories - as per methodology and under each category, there are 5 indicators under each category and 25 in total. The final ranking (total 100 points) was determined by calculating the state subscores (each factors can score max 4 points).

Previous research has dedicated the increase or decrease in life expectancy to medical advancements and public health care. However, the outlook toward the collective mortality rate has become more complicated than that. With the social, political, and economic structure of each of these states constantly changing, several factors, such as literacy rate, personal earnings, personal expenditure (cost of living), mental health issues, environmental factors, newborn mortality, and retirement and crime index play an important role in determining the quality of healthy aging in every state of America.

Quality of education, for example, drives several of these factors –  better education promotes a healthy lifestyle through improved human agency and reduces crime through an increased employment rate. While the relationship between life expectancy and retirement age is still debated, a few studies have surfaced suggesting that the increase in retirement age reduces a person's lifespan. Female fertility, however, appears to be at great risk with prolonged life expectancy.

Personal income inequality has been one of the strongest indicators of declining lifespan since the 1970s. While the citizens in the top-fifth of the income distribution gain the most from the 1% income distribution, more than two-thirds of the population fall under the low-income belt. The conversation about income inequality immediately sparks debates about politics and economic growth – life expectancy, sadly, tends to take the backseat.

With the new HAI report, the DoFasting team aims to press upon the importance of income inequality and its influence on the quality healthy aging of American life.

In a study conducted by Chetty et al., it was found that higher income was associated with greater longevity. The gap in life expectancy between the richest 1% and poorest 1% of individuals was 14.6 years for men and 10.1 years for women," says Supriya Lal, RD, MPH, health advisor at DoFasting.

According to the US Bureau of Labour Statistics, states like Mississippi, for example, have the lowest education and employment rate despite a severe labor shortage. Rising unemployment rates severely affect these Southern states' mortality rates and life expectancy.

Results of the study

The final results of the report rank 5 states, including Utah, Colorado, Massachusetts, Connecticut, and Minnesota, with the highest Healthy Aging Index score and Southern states like Kentucky, Alabama, Louisiana, West Virginia, and Mississippi as the lowest.

"Corresponding to the study, the best state for healthy aging is Utah, which is becoming an attractive destination for relocation due to affordable health care costs and beautiful nature," says Kasparas Aleknavicius, MD, Medical Advisor at DoFasting.

Pan American Health Association declares 2021–2030 to be the decade of healthy aging. The DoFasting team, through this study, aims to highlight the contemporary approaches to healthy living. Increasing attention to socioeconomic issues, along with individual efforts to eat healthier and engage in more physical activities, can significantly improve older people's quality of life and independence.

"A recent literature review revealed that the conservative estimate of the net increase in life expectancy with physical activity is about 2–4 years but presumably even greater because of the positive influence of physical activity on major risk factors for mortality," says Supriya Lal, RD, MPH, Health Advisor at DoFasting. 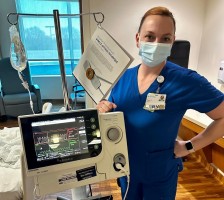 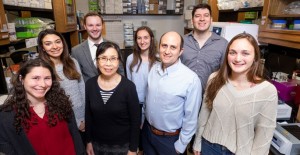 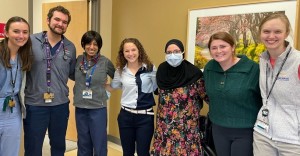 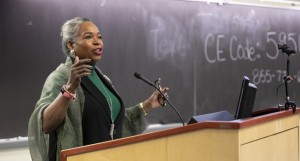