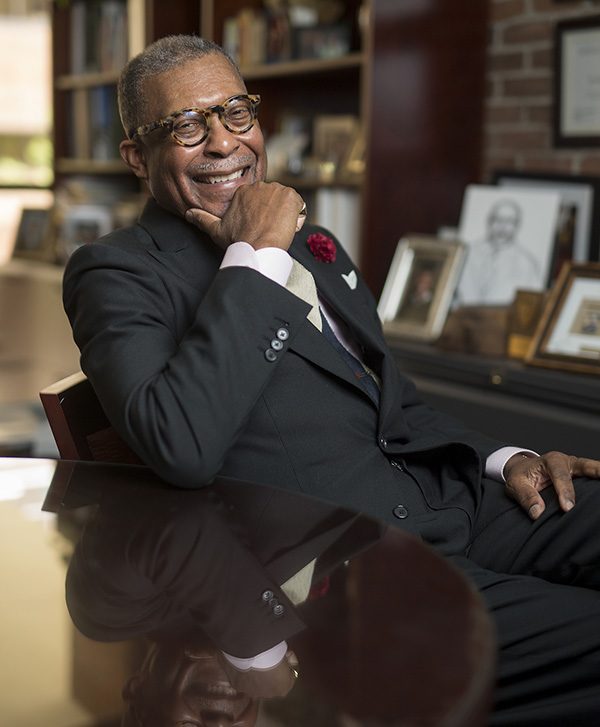 Cardiologist André L. Churchwell, MD, FACC, is well known for his passion for patient care, penchant for style, an engaging smile, and a firm belief that the field of medicine should be representative of the population it serves.

In July, he was named to the newly created role of chief diversity officer for Vanderbilt University Medical Center (VUMC). Already serving as senior associate dean for Diversity Affairs, Churchwell will continue to oversee the Office for Diversity Affairs (ODA) while also engaging other leaders across the VUMC enterprise to create new opportunities for inclusion.

A native Nashvillian, Churchwell grew up as part of a high-achieving family where education and the arts were a central part of daily life. "I was born in East Nashville to Robert and Mary," he said of his father, a renowned journalist who was the first African-American to write for a newspaper in the Southeast, and his educator mother, who taught in the city's public school system. Among the five Churchwell children, there are three physicians and two educators.

Churchwell earned his medical degree from Harvard in 1979. Already leaning toward cardiology, his studies only solidified that interest. "Cardiology is very much driven by the laws of physics. The heart and circulatory system can be viewed in a way as a hydraulic system, as we studied in engineering. It very much intellectually fit neatly with the way my brain processed problems," he said.

Leaving Boston's winters behind, Churchwell returned south to embark on the next phases of his training and professional life. He completed his internship, residency and cardiology fellowship at Emory University School of Medicine and then joined the faculty.

The decision to move to Atlanta was an easy one for Churchwell. "Emory had Dr. J. Willis Hurst, who was a giant in cardiology and had written the definitive book on cardiology," he said. "There's nothing quite like being able to work at the foot of the master," he continued of the 13 years he spent with his mentor ... first as a student and then a colleague. "Part of being a good doctor is giving a piece of yourself to each patient ... that was one of his guiding principles."

In 1984, Churchwell was named the first African-American chief medical resident at the 1,100-bed Grady Memorial Hospital. The appointment provided 'boots on the ground' experience in administrative medicine. Not long after, he began to delve into diversity within his profession. "I was appointed by the leadership as the first director of Minority Affairs. The first focus was on med students and diversifying Emory's classes," Churchwell said.

While he thoroughly enjoyed his work, it wasn't too difficult to entice the physician back to Nashville in the summer of 1991 to take up an offer from Page-Campbell Cardiology Group. "It made it easy to come back to the leadership of Harry Page and Barton Campbell," he said of the innovative cardiologists.

Besides, there was another force at work. "My dad convinced me to return to Nashville. He talked about the intellectual brain drain if people went away to be trained and didn't come back," he recalled. "He said Nashville was on the right path," Churchwell added of the growth and transformation the city continues to enjoy.

In 2007, the year after Page-Campbell fully integrated into VUMC, Churchwell recalled, "I was asked to take on a new role as associate dean for Diversity in the area of GME and faculty affairs.

Under the leadership of George C. Hill, PhD, the ODA had successfully increased admissions from students underrepresented in medicine and was ready to move to the next step of increasing diversity in house staff and faculty. "We took the approach of working on the number of applicants," said Churchwell. "If you increase the applicant pool, you've got a better chance of being able to match more underrepresented groups." He added Vanderbilt moved from seven to 10 such matches a year to around 30 per year coming into each internship class.

When Hill left his role with ODA, Churchwell took on the full spectrum of diversified recruiting from medical students through faculty appointments. With the reorganization of VUMC as a separate entity, Churchwell said, "It was thought by the leadership that we needed a chief diversity officer. I was asked to take that role on July 15."

He is clearly enthusiastic about the possibilities to form important partnerships across the enterprise and to enhance the culture of inclusion in all facets of the academic medical center. From expanding interpretive services and building health literacy to making sure research is representative and staff is sensitive to cultural variances, Churchwell said there is a lot of exciting work ahead.

As Nashville grows, he added, "We've got to get more involved in cultural competency training. We need to engage our diverse communities more to find out what their health needs are so that we can serve them and fulfill our mission around patient care, education and research."

While some might be daunted by the task, Churchwell welcomes adding the new challenge to his already full plate, which includes still seeing patients. "It's part of my ethos. It's part of who I am," he said of patient care. "I may have to scale back in certain ways, but I'll never stop practicing. Besides," he continued, "it helps inform what I do."

Then, he added with his easy laugh, "Dr. Hurst is in heaven now. If he saw me step away from patients, I might get a hard time. I think he'd send down a few lightning bolts."

Despite a busy work schedule, Churchwell makes sure there is always time for family and friends ... and watching old movies with his wife of 34-years Doreatha, a nurse educator at Vanderbilt. The couple has two grown children living in Nashville - Crystal, who works in marketing, and André Jr., who works in independent filmmaking. Churchwell is also active on numerous boards and committees at home and across the nation.

Perhaps Jeff Balser, MD, PhD, president and CEO of VUMC and dean of the School of Medicine, summed up Churchwell's new appointment best. "André will be reaching out across all areas of VUMC, partnering with others, to help us realize our goal to reflect and encourage ... to the greatest degree possible ... the diversity of the city and the population we serve. There is no better individual to champion these efforts." 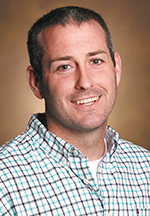 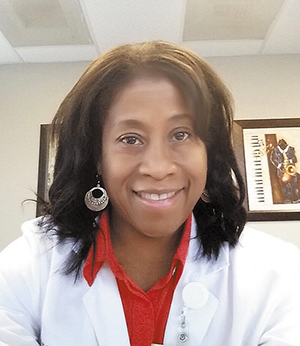