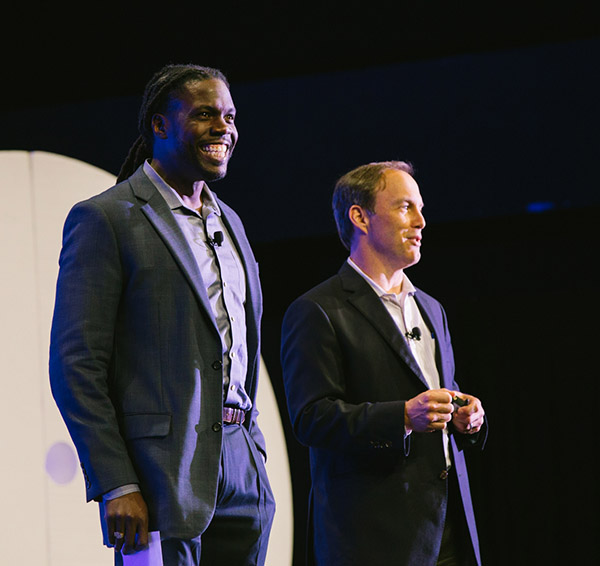 "Health is the opportunity of our time and our generation," Vic Gatto said in kicking off the 2016 Health:Further Summit at the Music City Center on Aug. 23.

Gatto, along with partner Marcus Whitney, are co-founders of JumpStart Foundry, a seed stage investor in the healthcare space and producer of the annual event to foster industry innovation. Whitney said the impetus behind the conference was to create a convening ground where healthcare leaders, investors and early stage companies could share ideas and learn from each other.

This year's summit saw about 50 percent growth from its inaugural run in 2015 and attracted speakers and attendees from across the county for two days of seminars, keynote addresses, and networking.

"A lot of the 50 percent growth is from people who are not from Nashville. That's really very exciting for us," said Whitney. "The idea is you come to Nashville once a year, and you share best practices, share innovations, share with other smart, creative people and hopefully get inspired and take that back," Gatto said.

Attendees could move between four simultaneous tracks - Healthways Consumer & Employer Track, Venture Zone, New Horizons, and AmSurg Provider Track. While the 2016 speakers had impressive credentials, Gatto noted many in the audience were equally talented and predicted a conversation struck up during a break, table discussion or over dinner could lead to the next great idea everyone would be talking about next year.

"We believe with that, we can all take health further, together," Gatto summed up in his opening remarks.

The event got underway with a slate of keynote speakers who didn't disappoint. Short talks were filled with takeaways and "Tweet worthy" one-liners. In discussing modes of communication, Lee Aase, director of the Mayo Clinic social media network, noted, "We believe that physicians and scientists are really smart. That if we can trust them with narcotics and sharp instruments, we can trust them with social platforms, too." He added, however, guidelines should be in place and some front-end training would be necessary before setting anyone loose with a smart phone.

Actionable data and consumer engagement were recurring themes during the two days. Keynote speaker Sean Duffy, co-founder and CEO of Omada Health, called obesity-related chronic disease one of the crises of the century, Duffy stated, "For the first time in global human history, preventable chronic disease is killing more people worldwide than infectious disease." In this country, he continued, "An adult in the U.S. today has a 40 percent chance of, at some point in their life, finding out they have type 2 diabetes."

Duffy added his company's mission is to inspire and enable people everywhere to live free of chronic disease. He said the words used were intentional ... that companies have to inspire people and put forth a product that makes consumers want to us it. "It needs to be compelling at the consumer level," he said. Duffy said it's equally critical to enable people by putting them in a place "where they are more likely, versus less, to succeed." To reach people everywhere, he continued, "We think that digital is really the way to scale some of these proven and demonstrated behavioral science interventions."

The key, he continued, is to build on four pillars - start with science, deepen with design, empower the people and insist on outcomes. Cutting to the heart of the matter, he questioned, "If you're not delivering a clinical outcome, why are you in business?"

Offering the physician's perspective, Gerald Maccioli, MD, FCCM, chief quality officer for AMSURG-Sheridan, said providers are sometimes the forgotten people amidst all the transformation and industry innovation. He noted many of the issues facing the healthcare system require the type of solutions doctors haven't been trained to address.

"Healthcare works today like it did in the '50s. It's a lot of mom and pop practices. It's a dial-up model in a smart phone world," Maccioli said.

Physicians, he continued, feel like there is a battle raging around the practice of medicine, and that they are operating in a constant VUCA environment - the military acronym for volatility, uncertainty, complexity and ambiguity.

While agreeing the current cost of healthcare is unsustainable, Maccioli challenged the national inclination to hone in on physician reimbursement as the solution to all that ails the system. He pointed out 1 percent of patients account for 20 percent of the total spend, and the top 5 percent of patients equal 50 percent of the system expenditure. "We spend time looking at cost but not at a cause," Maccioli said, adding too many directives are focused on the 'symptom' of cost and not the real problem of chronic disease.

He added clinicians are being asked to see more patients who are sicker, do it quicker, document more, retool an entire healthcare system ... and do it all for less. "Physician burnout in this country is terrible," he said of a growing problem. However, Maccioli said innovators have the opportunity to be part of the solution ... to combat volatility with vision by addressing interoperability, creating new analytical tools and making documentation easier. "We need your agility to solve these problems," he said to attendees.

Calling the triple aim of enhancing patient experience, improving population health, and reducing costs "unquestionable," Maccioli challenged those at Health:Further to make decisions with the quadruple aim in mind. The quadruple aim, he said, incorporates improving conditions for healthcare professionals. "If we don't improve the work life of physicians with all this technology and all this forward thinking, we'll never get to the triple aim because there will be nobody there to do it," he concluded. 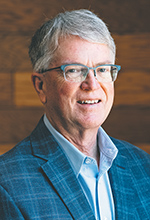 Embracing Innovation & Change Benefits Us All 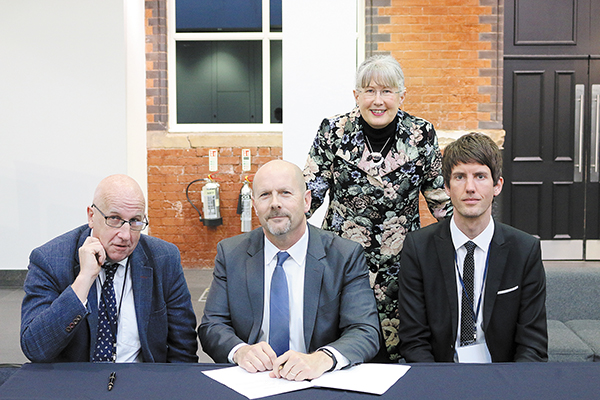 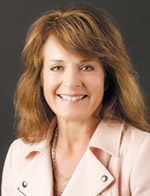 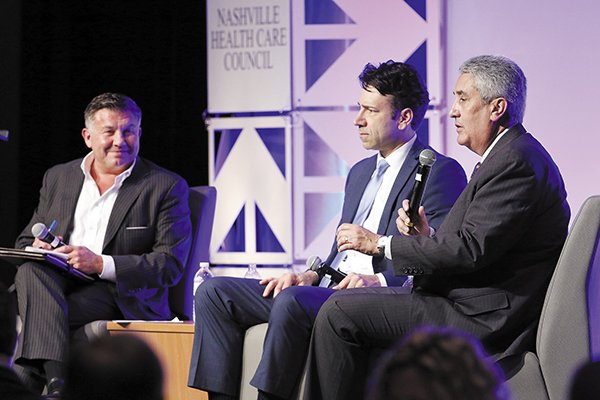 What to Expect at Health:Further 2018