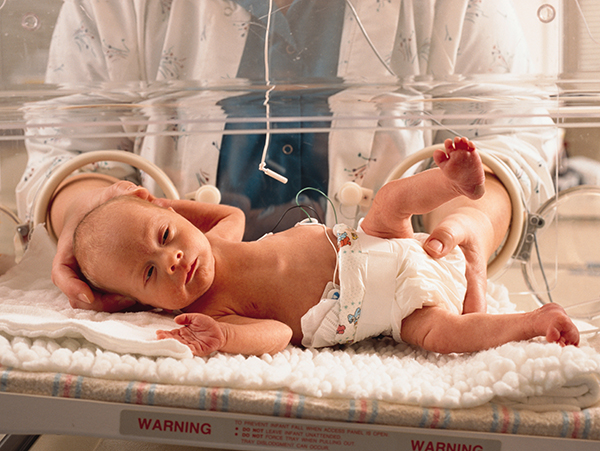 An increasing number of newborns are being born with drug withdrawal symptoms from opioids in rural areas of the United States as compared to births in urban areas, according to a JAMA Pediatrics study.

The study, led by researchers from Monroe Carell Jr. Children's Hospital at Vanderbilt, the University of Michigan C.S. Mott Children's Hospital and the University of Minnesota, tracked newborns treated for opioid-related issues over 10 years. Newborns diagnosed with neonatal abstinence syndrome (NAS) due to their withdrawal symptoms increased from nearly one case per 1,000 births in rural areas from 2003-2004 to 7.5 cases per 1,000 births from 2012-2013, nearly 80 percent higher than the growth rate of such cases in urban areas.

Senior author Stephen W. Patrick, MD, MPH, MS, assistant professor of Pediatrics and Health Policy at Vanderbilt University Medical Center, said the results highlight a dramatic and disproportionate rise in opioid-related complications for these patients in rural communities. "As a nation, there is an urgent need to develop strategies tailored to rural communities focused on prevention and expansion of treatment," Patrick said.

"We need to develop means to support rural hospitals, especially critical access hospitals, that are on the front lines in providing care for mothers and infants impacted by the opioid epidemic," he added.

NAS patients are more likely to have respiratory complications, low birth-weight, feeding difficulty and seizures as compared to other infants.

"Our study highlights an urgent need to fund providers and programs that will help improve access to opioid prevention and treatment services for rural women and children. Maternal opioid use requires special attention given the poor outcomes and high costs. If we can provide resources to the areas that need them the most, we can do more on the frontlines to address the opioid crisis for our most vulnerable patients, said lead author and Mott pediatrician Nicole Villapiano, MD.