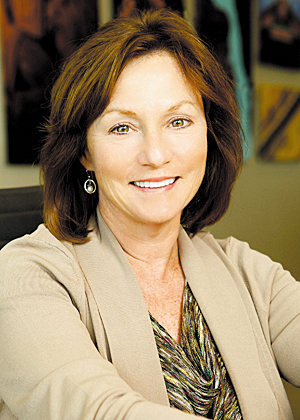 A Nashville native who earned both her undergraduate and law degrees from Vanderbilt University, Reisz has spent her entire career at Bass, Berry & Sims. During her tenure, she has become a nationally recognized healthcare attorney and member of the firm's Executive Committee, with leadership responsibilities for four offices and more than 300 attorneys. On June 1, Reisz will begin her term as president-elect of the American Health Law Association.

Reisz began her practice in the firm's corporate and securities group. "Most of the transactions I worked on involved healthcare companies," she noted. "I worked on public offerings and private placements ... and later leveraged buyouts for a variety of companies in the healthcare space, such as AmSurg - now Envision. The more I learned about their businesses, the more I realized I had a strong interest in working directly with these companies." Joining the firm's healthcare practice group in the mid-90's, she also continued as part of the corporate and securities group, focusing exclusively on healthcare.

Reisz found the work challenging and exciting. Mentors Brad Reed and Jim Cheek, who were both senior partners at the firm, helped her hone her skills as a healthcare attorney. "They taught me to listen to the client, seek to understand their goals and then find a way to help the client accomplish those goals in a compliant manner. I appreciate the guidance and support they both have given me over the years. We lost Brad a few years ago, but I still think back to his words of advice," she said.

Keeping clients compliant is an ongoing challenge. Reisz said healthcare companies must thread the needle between federal laws such as the Stark law, the Anti-Kickback Statute, HIPAA, the False Claims Act and many other regulations in tandem with similar, but not identical, state statutes. "All of these federal laws, together with their state counterparts, make it so difficult for a healthcare company to operate in a nimble manner," she said. "It's like solving a puzzle where the pieces don't all line up."

It takes constant work to stay current. "I scan the CMS and OIG websites every morning and spend a lot of time reading the Federal Register when proposed and final rules are published," Reisz noted. "You can't dabble in healthcare. You have to really understand the laws that impact your clients."

Gaining that type of in-depth knowledge is what first attracted Reisz to the American Health Law Association (AHLA). "I knew it was an incredibly valuable resource for healthcare lawyers. I started out just being a consumer of what they offered," Reisz said of educational and networking opportunities. Before long, she began volunteering with the national organization, taking on increasing responsibilities including leading a practice group and chairing the planning committee for a large meeting. Seven years ago, Reisz was asked to join the board.

In June 2021, she will become the first woman and just the second president in AHLA's history to hail from Nashville. "One of my goals is to help AHLA expand its reach to healthcare professionals ... not only lawyers but also other professionals such as consultants and compliance officers ... as AHLA produces many valuable resources that would benefit them."

She said it will also be interesting to see what impact COVID-19 might have on the regulatory landscape. "I think the coronavirus has been the impetus for healthcare providers seeking opportunities to be more creative in how they deliver services to their patients," Reisz said. "We will have learned some lessons from how the healthcare field addressed access to care," she added, pointing to temporarily loosened telehealth regulations.

Although her days are incredibly busy between client work at the firm and AHLA responsibilities, Reisz is always eager to spend time with family. "I have three daughters who are all strong, independent young women following their own passions," she said. Eldest daughter Collins has returned to Nashville and works in logistics. Lindsey is in graduate school studying marine science in Miami. Taylor, the youngest, returned last fall from working in Germany. She currently works in insurance and intends to pursue a master's degree in global health. "I love watching them make their own way in the world," said their proud mother.

Outside of family, Reisz also enjoys working off stress on the tennis court when she has down time. "I love to play and have a group of friends I met through tennis who are very important to me," she noted.