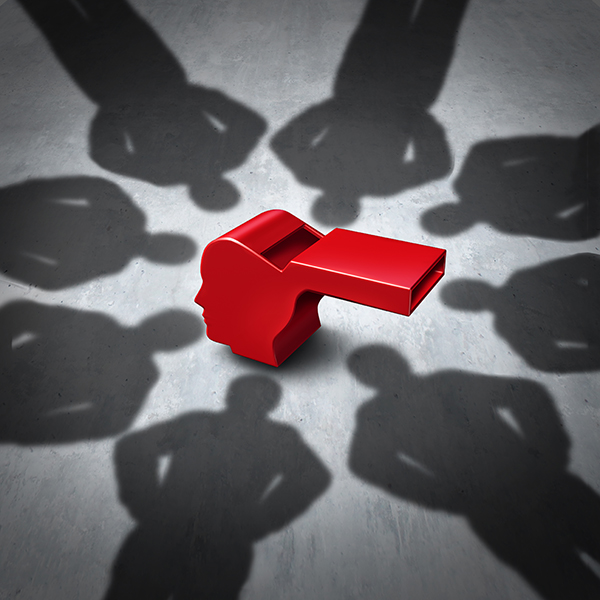 Last month we reported that Michael Granston, director of the Civil Fraud Section of the Department of Justice (DOJ), made comments during a November 2017 healthcare compliance conference suggesting that in cases where the DOJ has determined allegations in a qui tam (or "whistleblower") lawsuit lack merit, the government might more aggressively exercise its statutory authority - rarely used in the past - to dismiss such cases. In a formal memorandum released on Jan. 10, 2018, Director Granston put those words to action.

In his memo, Granston acknowledges that although the DOJ has seen "record increases" over the last few years in qui tam actions filed under the False Claims Act, it has "sparingly" utilized its authority to dismiss those lawsuits following its decision not to intervene. As a result, the government has "expend[ed] significant resources" in continuing to monitor these cases. In light of that, the memo encourages prosecutors to more carefully consider the prospect of dismissing qui tam lawsuits where the government opts not to intervene (which, as explained last month, occurs in approximately 75 percent of these cases).

The memo then identifies seven factors that prosecutors should consider when evaluating whether to seek dismissal:

The memo goes on to provide other practical guidance to prosecutors and, among other things, advises that the seven factors are not exhaustive, and there may be other factors that could be considered in determining whether to dismiss a case.

The memo reminds prosecutors that they can seek partial - as opposed to wholesale - dismissal of qui tam complaints and also instructs prosecutors to "consider advising relators of perceived deficiencies in their cases, as well as the prospect of dismissal" so that relators could consider dismissing the lawsuit on their own. According to the memo, since January 2012, relators have dismissed over 700 qui tam lawsuits voluntarily after learning that the DOJ was declining to intervene.

The Granston memo is significant because it marks the first time in the DOJ's history that it has issued written guidance on this matter. As a result, healthcare providers who find themselves defending a meritless qui tam action now have a blueprint - through the DOJ's seven guideposts - in arguing for its dismissal.

Although the practical impact of the memo remains to be seen, at the very least it reflects the DOJ's willingness to dismiss burdensome and frivolous whistleblower lawsuits. In the end, it might turn out that the memo will not result in many more dismissals by the DOJ itself, but rather in more voluntary dismissals by relators who learn of the "perceived deficiencies in their cases" and the "prospect of dismissal." Either scenario would be welcome news to healthcare companies that spend millions of dollars every year defending meritless whistleblower lawsuits.