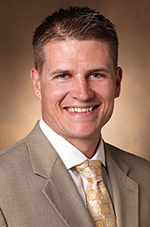 Sports medicine is a new ballgame in 2020, with orthopaedic surgeons feeling the pull of quickly evolving athletic protocols, courtesy of a global pandemic. Throw in a nationwide opioid crisis, and today's providers are wearing extra hats as counselors and coaches while guiding athletes through an unchartered era.

Jaron Sullivan, MD, orthopaedic surgeon at Vanderbilt Orthopaedics, said today's athletes are under a tremendous amount of stress as they navigate ever-changing rules and expectations. As team physician for the Nashville Soccer Club, Sullivan said athletes are often frustrated as they attempt to navigate new standards - which have been frequently redefined in the past few months with mixed messages sent through the public.

"This pandemic has put their careers on hold directly by stopping the season, as well as indirectly by how COVID-19 can affect their health and ability to return to sports participation," he said. "Currently, professional athletes are tested multiple times per week for COVID, and there is a significant amount of stress that goes with wondering whether today's test will take an athlete off the travel roster or out of training due to a required quarantine." 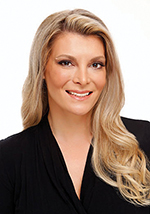 Amanda Martin, DO, surgeon at Elite Sports Medicine and Orthopedics and chair of the Major League Soccer Medical Symposium and its education committee, said it's essential to have real conversations with athletes of all levels about expectations and behaviors. "Athletes are athletes, and it doesn't matter if it's injury or illness," she said. "They just want to know what they have to do and when they can play."

Martin continued, "Sports have always told the story of a society, and our athletes are our gladiators. We're helping them understand their risk to themselves and to those around them, so it's important to discuss why precautions are so important. Yes, they're invincible in many ways, but the halo effect isn't. Just like we talk to them about preventing ACL tears, we have to drive home this new health perspective, as well."

And while honest discussions are important, Martin also worries about the burden being placed on athletes, particularly students already struggling with isolation from friends and school. "They're going through so much with the pandemic, and many are now online all day," she said. "We know there's so much anxiety and depression directly associated with being online, and now we've magnified that plus taken away sports."

Martin fears outcomes in overall health will continue to decline without ways to improve students' overall well being. "It's very important to respect and understand that this is a generational trauma for young people," she said. "It's a unique moment in time, and the most important thing is to look at the whole person." That means acknowledging health risks while also recognizing potentially devastating consequences of social/exercise losses. "We need to think about overall well being, not just in terms of one virus," she said. "That can't be lost in fear, and we really have to balance everything."

As the medical community focuses on COVID-19 prevention and death rates, Sullivan is wary of long-term health risks that could be particularly dangerous to athletes. Reported severe cardiac complications with exercise in patients that have been previously infected with COVID-19 mean all MLS players who once tested positive now receive a precautionary full cardiac evaluation before hitting the field again.

"If someone has a history of COVID, they may still have secondary side effects like heart arrythmias that could be life threatening long after the infection has resolved," he said. "Providers should be aware and work up concerning cardiac findings which may cause major problems if not diagnosed early. Don't just focus on the acute, life-threatening infection but also long-term side effects, especially in the athlete population."

Pain management is another sore point facing orthos nationwide, but particularly in Tennessee. In 2018, the Volunteer State had the third highest narcotic prescription rate in the nation, with 81 prescriptions written for every 100 residents. But an industry-wide push toward over-the-counter meds means providers and patients alike are gaining a better understanding of pain management.

"If you rewind the clock 10 to 15 years, the big focus was the pain scale and what level of pain was acceptable to the patient," Sullivan said. "We took a lot of heat with patient-reported outcomes, and pain was something we had to fix by giving patients narcotics to get their pain below an acceptable number on the pain scale."

Today's providers are committed to flattening the narcotics curve by proactively talking to patients about the nature of addiction. "Patients will argue that they don't have an addictive personality, they're just hurting, and we don't understand how intense it is," Sullivan said. "What most don't understand is they don't get addicted because it makes them feel euphoric, but because of pain ... and the longer they're on them, the worse they'll have withdrawal symptoms and become hypersensitive to pain."

Martin said CDC guidelines have been a lifesaver for physicians, particularly in today's consumer-driven market. "This is one of the true cases where government oversight has been extraordinarily helpful," she said. "The data gave us tools as physicians to say, 'This is a national crisis, so let's have a conversation about it.' Being required by law to discuss opioids gives us the luxury of pulling up a chair and really talking to patients."

A 2019 study by the American Academy of Orthopaedic Surgeons showed patients on narcotics for more than six weeks have a 50/50 chance of being on them a year down the road - a sobering reality that's helping both sides see eye-to-eye. Both Martin and Sullivan discuss those odds with patients pre-surgery, arming them with resources to fully understand the nature of pain and opioid use.

"I tell them narcotics are really helpful right after surgery, but we now have really good data that shows they're also very dangerous," Sullivan said. Surgeons are emphasizing the very practical role of pain and setting realistic expectations ahead of time. "When you have surgery, you're going to have intense pain and not sleeping much is acceptable for the first few weeks," Sullivan said. "Zero pain isn't normal, especially after a major surgery. If patients say they can't function or get up, I tell them it's their body telling them to slow down. If we get you numbed up to go about a normal day but your body hasn't healed, it won't heal."

Martin also discusses the protective nature of pain. "It gives us guidelines," she said. "We have such a go-go-go society that it's hard to just rest and recover."

Sullivan said those with anxiety and depression are more likely to struggle with prolonged pain and that it's important in those situations to be proactive about treating the whole patient ... not just the injury. For some, that means additional support networks, like therapy, to help with pain management and recovery strategies. The pediatric and geriatric populations are generally the most compliant in coming off narcotics. In fact, the majority of Sullivan's high school athletes stop opiates altogether within a few days post-ACL reconstruction, and those who request more are given a concrete plan for weaning off.

He often compares narcotic use to developing a morning coffee routine - and how the same cup six weeks later has a far less noticeable effect - although we feel much more tired if we don't have it after becoming accustomed to it daily. "Our bodies adapt, and the sooner you're off narcotic pain killers the less rebound pain you feel," he said. "Once patients understand the risks associated with prolonged narcotics, it helps significantly. We are on their team, and we want them to reach their goals of living an active life."