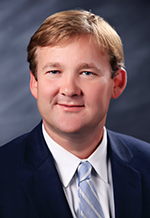 For the past five years, Greene had served in the same role with sister hospital TriStar Horizon Medical Center in Dickson. During his tenure, TriStar Horizon expanded its clinical capabilities through recruitment of key physicians, earned level III trauma designation, opened a Level II Neonatal ICU, expanded interventional cardiology, and opened a free-standing ER at the Natchez campus. Greene's 18-year tenure with HCA Healthcare has included serving as COO at TriStar Skyline Medical Center and as COO at HCA Healthcare's Eastside Medical Center in the Atlanta area. =

A Nashville native, Greene is a Fellow of the American College of Healthcare Executives. He earned his bachelor's degree from Samford University and his MBA from Belmont University. He is also a Certified Public Accountant and serves on four community and not-for-profit boards.