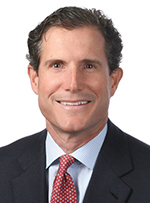 HCA Healthcare, Inc. (NYSE:HCA), one of the nation's leading healthcare providers, today announced that Michael R. McAlevey will be joining the company as senior vice president and chief legal officer in early 2022.

McAlevey, who currently serves as vice president, general counsel and business development leader for GE Healthcare, will succeed Bob Waterman who is retiring September 30 after 24 years with HCA Healthcare.

"Mike is an accomplished lawyer and highly respected leader with deep experiences in large, complex, regulated businesses," said Sam Hazen, chief executive officer of HCA Healthcare. "We look forward to welcoming him into our organization as part of our senior management team."

McAlevey has been with GE for 19 years in various legal counsel leadership positions. In his role with GE Healthcare, McAlevey leads a large department of lawyers responsible for legal, compliance and business development for the medical technology provider. McAlevey joined GE in 2003 as chief corporate, securities and governance counsel. In 2011, he was appointed general counsel and business development leader for GE Aviation, and he assumed his current role in 2018.

Before joining GE, McAlevey served as deputy director of the Securities and Exchange Commission's Division of Corporation Finance. Prior to that, he was a partner with Alston & Bird, LLP from 1990 to 1998 and an adjunct professor of law at the Georgetown University Law Center from 1999 to 2002.

McAlevey has a bachelor's degree from Washington and Lee University, where he currently serves as chairman of the board of trustees. He received his law degree from the University of Virginia School of Law. Following law school, McAlevey served as a law clerk to the Honorable Emmett R. Cox, United States Eleventh Circuit Court of Appeals.

Waterman is retiring as the longest serving, active general counsel in the Fortune 100, and he will also be the longest tenured general counsel to have ever served HCA Healthcare. He joined the company in 1997 after his time with the San Francisco office of Latham & Watkins, where he was a partner and Chair of the firm's healthcare group.

"For 24 years, HCA Healthcare has relied on Bob for his thoughtful judgment and keen insights in support of our culture, values and patient care mission," said Hazen. "He has been a trusted advisor and friend to me and many others during his tenure, and we wish him well in retirement."

As Overdose Deaths Set New Record in Ohio, Spero Health Responds with Opening of a Clinic in Cincinnati

Spero Health, a national leader who has helped more than 23,000 patients on their journey to stable recovery from addiction, it will open a new clinic in Cincinnati, OH.

Antidepressed: A Breakthrough Examination of Epidemic Antidepressant Harm and Dependence

Antidepressed breaks down the growing issue of antidepressant use, harm and dependence--how we got to this point, what's happening worldwide every single day, and most importantly, where we go from here.

Ardent Health Services announced the appointment of Donald Baker as president of the UT Health East Texas market effective September 20, 2021. He has been serving as interim in this role since March 2021.