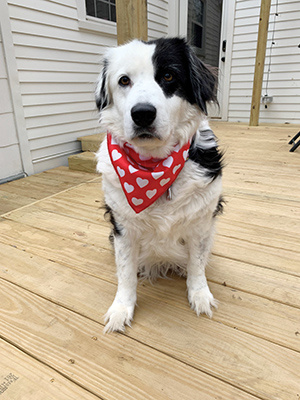 This year, National Wear Red day is slated for Friday, Feb. 7. Knowing there are few sights cuter than babies and puppies, both will be decked out in red for 2020. The Babies Go Red initiative at Ascension Saint Thomas highlights CHD awareness along with the importance of healthy moms. Coming on the heels of recent research about the health benefits of man's best friend, Go Red is going to the dogs. The study, published in Circulation: Cardiovascular Quality and Outcomes, showed dog ownership was associated with a 24 percent reduced risk of all-cause mortality and a 31 percent lower risk of death by heart attack or stroke compared to non-owners. In a classic win/win, Middle Tennessee AHA is working with the Nashville Humane Society to photograph adoptable dogs wearing red bandanas to reinforce the message that pets are good for the soul ... and the heart. 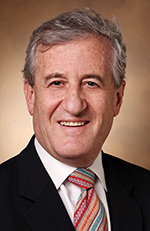 Awarded biennially, the Schottenstein Prize honors leaders in the cardiovascular sciences who have made extraordinary and sustained contributions to improving healthcare.

"I am deeply honored to have been nominated and selected for this very prestigious award," said Roden, who holds the endowed Sam L. Clark, MD, PhD Chair in the Vanderbilt University School of Medicine. "I am especially grateful to the Schottenstein family for their continued support of the academic mission.

He added, "This award also recognizes our institution's long-standing commitment to the ideas around personalized medicine, and to the many people with whom I have been privileged to work over my time here."

The Montreal native arrived at Vanderbilt in 1978 as a research fellow in the Division of Clinical Pharmacology and later as a fellow in cardiology. Since joining the Vanderbilt faculty in 1981, Roden has become internationally recognized for his studies of the mechanisms and treatment of abnormal heart rhythms and variability in drug response. One major interest has been pharmacogenomics -- and especially the role genetic variations play in adverse drug reactions such as drug-induced arrhythmias.

Roden directed the Division of Clinical Pharmacology from 1992 to 2004 when he became founding director of the Oates Institute for Experimental Therapeutics. A fellow of the American Association for the Advancement of Science, he is professor of Medicine, Biomedical Informatics and Pharmacology and the author of more than 700 peer-reviewed scientific papers.

He is also a leader in VUMC's PREDICT project (Pharmacogenomic Resource for Enhanced Decisions in Care and Treatment), which since 2010 has applied genomic testing to drug prescribing in an effort to avoid adverse drug reactions. He co-directs the Improving Prediction of Drug Action program, part of the Pharmacogenetics Research Network funded by the National Institutes of Health (NIH), is co-principal investigator for the VUMC site of the NIH Electronic Medical Records and Genomics Network and is principal investigator for the medical center's DNA databank, BioVU. 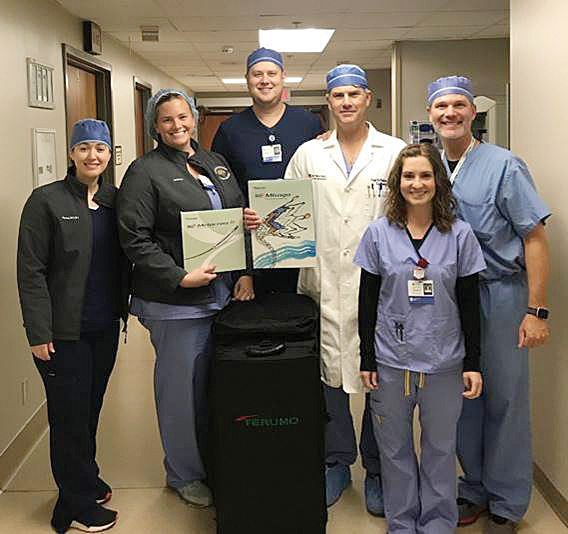 McMullan First in State to Place New Type of Stent

In late December, officials with Saint Thomas Midtown Hospital said Paul McMullan, MD, became the first physician in Tennessee and in Ascension nationally to place an R2P MISAGO® RX Self-expanding Peripheral Stent, a newly launched product by Terumo Interventional Systems. The outpatient procedure to treat peripheral artery disease was a success with the patient being discharged less than 2 hours post-surgery.

With treatment options such as atherectomy and stent placement, physicians can improve blood circulation, diminish the likelihood of clot occurrence, and decrease the patient's risk of having a heart attack. The R2P (Radial to Peripheral) portfolio allows doctors to treat peripheral artery disease with fewer complications than traditional methods by accessing the patient's radial artery in the wrist, rather than through the groin or leg. Studies have shown that radial intervention lowers the chances of increased blood loss, reduces recovery time, and accelerates the discharge process. 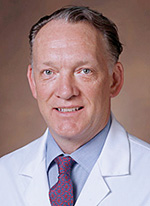 He received his medical degree from Boston University and completed his internship and residency training in internal medicine at VUMC. Barker completed his fellowship in cardiovascular disease at the New York University Medical Center and completed advanced training in interventional cardiology, as well as peripheral and endovascular interventions at Scripps Clinic/Green Hospital in La Jolla, Calif. Barker is a member of the Council on Cardiovascular Care for Older Adults at the American College of Cardiology (CCCOA) and a fellow of The American College of Cardiology and the Society for Coronary Angiography and Interventions.