Orthopaedic surgery has come a long way in a half century, with same-day, minimally-invasive procedures replacing once-grueling surgeries and fusions. 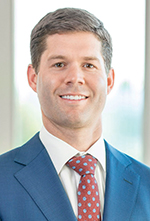 According to the American Academy of Orthopaedic Surgeons, about 53,000 people in the U.S. have shoulder replacement surgery each year, while more than 900,000 undergo knee and hip replacement surgeries. "With hip and knee replacements specifically, there are two technologies we talk about - computer navigation and robotics," Carpenter said.

Computer navigation provides the surgeon information on patient anatomy and implant position during surgery. "During hip replacements, the software integrates with intra-operative X-rays to tell the surgeon real time information about the implant positioning," explained Carpenter. "With knee replacements, the number one goal is to make sure the forces that go through the knees are even inside and out, creating a balanced knee, known as restoring mechanical access. Computer navigation reliably helps achieve that goal."

Robotics is another game changer for orthopaedics. While robotic technology has been utilized for decades, modern computer software converts anatomical information from a CT scan and reconstructs it into a 3D model of the patient's hip or knee joint, which is used to plan optimal implant positioning.

"The difference between a robotic device and computer navigation is that robotic devices actually help execute our pre-operative plan with a high degree of accuracy and precision," Carpenter said. Today's ortho robots fall into three categories: passive, semi-active and active. Passive robots put the surgeon in full control and provide no feedback. "Basically, if you're going too far one way or the other, it won't cut you off or stop you," Carpenter explained.

Semi-active robots, like the MAKO Robotic Arm-Assisted Surgery used for hips and knees at TOA, allow the surgeon to control the robot and give direct feedback. "We pull triggers to control the arm, but it prevents me from going less than one-half millimeter off the plan I made in the OR," explained Carpenter. "The goal of technology in any surgery is to optimize positioning, which helps ensure the new joint will last longer."

So far the technology is promising, as MAKO knees have significantly improved functional outcome scores for patients. Among today's joint patients, 90 percent of knee replacements are still in 20 years later, with a .5 percent yearly revision rate. 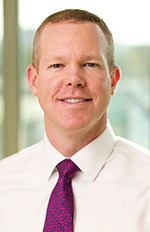 A MAKO designed specifically for shoulder replacement is expected on the market in the next two years. Matthew Willis, MD, orthopaedic surgeon at the Ascension Saint Thomas Joint Replacement Institute, is part of the development team for MAKO's first-of-its-kind shoulder robot and said shoulder innovation has lagged behind knees, primarily from lower volume. "There's a lot of precedence in knees, which are replaced eight to 10 times more often than shoulders," he said. "There's also a different level of complexity with shoulders. You're solving a different problem." While successful knee replacement hinges on precision of placement, shoulder replacement addresses significant deformities in a small area often marked by little bone stock to put parts in.

The third type of robot, active robotic systems, perform tasks independently without surgeon manipulation - and are yet to become mainstream in the United States (and will likely require a bit more patient buy-in).

Carpenter said early studies examining outcomes for computer navigation and robotics show patients are faring better than previously expected. "The biggest takeaway is that this technology removes outliers, so the end product is the same every time, without question," he said, noting the need for longer-term studies to show full effect.

Currently, 85 percent of patients with "perfect" knee replacements are satisfied with their new knee, while 95 percent of hip replacement patients are satisfied. "We're looking at how to capture that other 15 percent of knee patients, even though they appear to be perfect," Carpenter said. That requires studying how they're walking and refining techniques to ensure the best robotics and navigation practices.

Improved technology also means younger patients with severe arthritis or deformities are opting for surgery earlier. "The whole goal of joint replacement is to improve quality of life and pain, and we have enough data on today's implants to know they're lasting longer and providing relief from severe arthritis," said Carpenter, whose patient demographic is continually evolving. Robotics also will help shoulder surgeons perfect muscle-sparing techniques to protect the rotator cuff, allowing patients immediate use of the arm with little downtime.

Previously used for knees and hips, patient-specific instrumentation is now being used for shoulder replacements, too. "A hard part of shoulder replacement is accurately preparing the bone for the parts," Willis said. "Rather than creating customized implants, it's more financially feasible to create a guide that helps prep the shoulder, and it works for 99 percent of off-the-shelf implants."

Willis said that's particularly important when a patient has bone loss or deformities on the socket side of the bone and provides surgeons more options for positioning. Some companies are also incorporating virtual reality into patient-specific instrumentation, providing surgeons with special goggles to practice the surgery beforehand in real time. Willis said the technology is still in its infancy, and that, while novel, may not add a lot to the extensive planning already adopted by most surgeons. 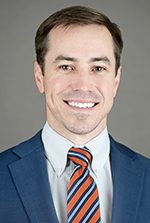 Casey Davidson, MD, an orthopaedic surgeon specializing in spine surgery at the Bone and Joint Institute of Tennessee, said robotics is revolutionizing the once cumbersome surgery. "Robots allow us to safely place screws and instrumentation and use preoperative CT scans to see where instrumentation will go," he noted.

Current spine robots include the Mazor X Stealth Edition and the Globus Excelsius GPS, two respected early adapters in a rapidly growing market. Davidson said the transition to robotic-assisted procedures can be tough for surgeons accustomed to traditional surgery, although the majority of a spinal surgeon's cases, i.e. degenerative discs, can now be performed in a minimally invasive manner. "Surgeons are moving forward with caution, and research shows it takes almost 50 cases per learning curve to transition to minimally invasive lumbar fusion," Davidson said.

Motion-sparing is another buzzword in spine surgery, ensuring minimal disruption in the natural biomechanics of the spine - a game changer when replacing neck discs. "Motion-sparing surgery means a 35-year-old with disc herniation or stenosis can receive a replacement instead of fusion," Davidson said. "It's been phenomenal."

Made from the same chrome or alloy material as total joints, motion-sparing discs last a lifetime while preserving mobility in the discs above and below - segments previously fused for stability. The surgery requires a small incision in the front of the neck and is typically performed in an outpatient setting. Davidson said that's monumental from a generation ago, when a small discectomy required 12 weeks of recovery time and multiple nights in the hospital. Now performed routinely at outpatient surgery centers, the procedure requires a one-inch incision with patients home the same day under mild lifting instructions. "This is a game changer for younger patients who don't want to have back surgery," Davidson said.

The Move toward Outpatient Care

The transition to outpatient joint replacement also has shifted the paradigm for patients, with outpatient surgery centers now the norm for many groups. While technology has moved ahead full-speed, Willis said changing patients' minds is often the toughest part.

"Many patients think that just because they're getting a joint replaced, they need to be the hospital," he said. "The main reason we kept them before was for pain control, but we've gotten so good at that." With the exception of the frail and elderly who require extra medical management, most of today's patients easily go home the same day. And in an era of rigid COVID-19 hospital restrictions, healing at home is a welcome thought.

Better technology and improved outcomes also mean fewer reasons for patients to endure years of narcotics for pain relief - a point Davidson hopes to hit home to providers. "The older thought process from initial evaluation for pain was to start patients on narcotics, and that's a slippery slope, especially with back and neck pain," he said. "There's a newer, multi-modal push to minimize narcotics, and providers should realize there's a lot we can do, from nonsurgical to minimally invasive, to reduce pain and maximize results."