Insights from Inside the Beltway 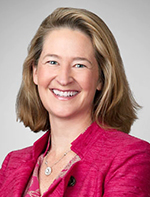 Former CMS Acting Administrator Leslie Norwalk, who now serves as strategic counsel for Epstein Becker Green, and colleague Lynn Shapiro Snyder, a member of the EBG Board of Directors and a senior leader on the firm's Health Care & Life Sciences practice, recently made the trip from D.C. to Nashville to celebrate the local office's first anniversary. While in town, the duo took time to speak with Nashville Medical News and offer their perspectives on federal issues impacting the healthcare industry.

"The appointment of Alex Azar as secretary of the Department of Health and Human Services is a prime example of that," she continued. Norwalk added Azar's prior work with HHS as general counsel and later as deputy secretary allowed him to hit the ground running. "I think it's critical at this juncture in healthcare to have someone with that experience," she stated. "It's a huge benefit to the department to have a known quantity there."

While Azar's predecessor Tom Price, MD, significantly reduced the focus on bundled payments, Norwalk said the new HHS administration has its own agenda priorities. Early in his tenure, Azar outlined four priorities: moving away from fee-for-service to a value-based payment structure, lowering prescription drug prices, addressing the opioid crisis, and increasing access to affordable healthcare. "There's no question that Alex's focus is on value-based payment. This is an example of the difference it makes of who is in the office," Norwalk pointed out. 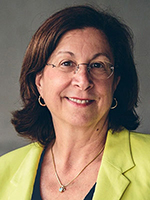 In addition to his experience and expertise, Snyder pointed out another attraction of Azar was that he wasn't a member of Congress. His appointment, she noted, didn't trigger a special election in a Senate and House of Representatives with fairly tight majority margins.

While there is clearly a national paradigm shift in moving from volume to value, Norwalk said providers continue to have a foot in both sides of the equation during this ongoing transition period. "There are a lot of things in government that impede that switch," she noted. Because the Medicare program is designed by Congress in statute, she continued, "Those impediments are often best resolved by lawyers."

Norwalk pointed out specific laws and regulations that made sense in a fee-for-service system could hamper the move to value-based systems that call for coordination along the continuum. "There were good reasons when they passed," she said of a number of laws including Stark, fraud and abuse, and privacy mandates, "but they need to be modernized to ensure we aren't leaving legitimate opportunities on the table."

Interoperability in health technology is one of those areas where she said it's important to make sure the regulations allow for information sharing, which is central to a value-based system. Norwalk added health information sharing between payers to providers could help accelerate the transition since the two groups "have seen all the claims data and EHR data meta-analytics to see what is working and what is not."

It's also critical the information be able to flow between traditional provider silos to improve quality. It's a discussion that was underway when she was with CMS. "Ten years later, I think we're at a point where the ball is starting to roll downhill ... the momentum is growing," Norwalk said. "We have a long, long way to go with interoperability, but I think we're slowly catching up with other (industry) sectors."

Of greater concern than the privacy piece, she continued, is security. "No one's IT is secure ... period," she stated, adding it isn't just information that can be hacked but machinery and medical devices. While technology is a core part of improving outcomes, Norwalk cautioned it also opens up new concerns. "How do you make sure it's not a mechanism for mischief?" she questioned, noting this is an area that will undoubtedly attract growing regulatory attention.

Having information and acting upon it are quite different, said Snyder. She pointed to the solid evidence around a number of preferred health behaviors that often goes ignored. "We see the challenge with adoption ... some of it is generational, but some of it is also motivational," Snyder said, adding she thinks there will be increasing attention on behavioral economics. "If we can motivate people, that affects social determinants."

Norwalk said another area that presents an ongoing challenge is paying for new treatments. "While we have all sorts of wonderful new therapies, the price tag has been exorbitant," she said. CAR T-cell therapy, for example, has shown great promise but comes with an equally great financial burden.

Norwalk said the appointment of FDA Commissioner Scott Gottlieb, MD, brings someone to the post with deep experience and a unique perspective that could help drive thoughtful policy. Not only does Gottlieb have prior experience with the FDA and CMS, but he is also a physician and cancer survivor. "He wants to increase competition by approving generics and biosimilars as quickly as possible," Norwalk said. "On the other hand, he understands the incredible cost to bring new molecules to marketplace."

For every new solution suggested, every new regulation put forth, the healthcare industry will undoubtedly look to attorneys who specialize in the intricacies of the field for insights and legal interpretation. Being near the decision-makers and influencers was a driving factor in EBG establishing a presence in Nashville last year. "I call it the Triple Crown of healthcare law," said Snyder. "We have 14 offices nationwide, but having an office in Nashville, Washington, D.C. and on Security Boulevard in Baltimore is the Triple Crown," she concluded.