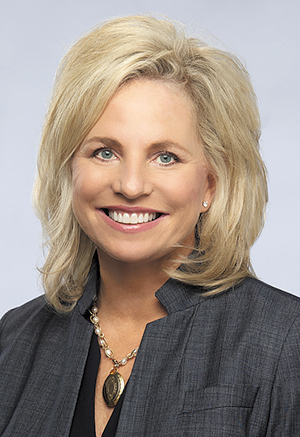 Dee Anna Smith, CEO of Sarah Cannon, the Cancer Institute of HCA Healthcare, was appointed chair of the Pepperdine University Board of Regents last month. Smith, Class of 1986, is the first Pepperdine graduate to chair the board, as well as the first woman to occupy the position.

Nashville-based Cumberland, a leading healthcare consulting and services firm, has been recognized as one of the top three consulting firms in the 2019 Payer IT Consulting report by KLAS, the prestigious peer-reviewed healthcare technology research organization.

Marion Kainer, MD, MPH, FRACP, FSHEA has been named the 2019 recipient of the Council of State and Territorial Epidemiologists' Pumphandle Award. Kainer serves as director of the Tennessee Department of Health's Healthcare Associated Infections and Antimicrobial Resistance Program, leading a team working to make healthcare safer and to combat antimicrobial resistance. The CSTE Pumphandle Award is given each year to honor a state, local, territorial or federal epidemiologist who has made extraordinary contributions to and outstanding achievements in the field of applied epidemiology.

HCA Healthcare announced a record number of new residents and fellows with 1,453 entering the company's growing graduate medical education program. The incoming class is a record for both HCA and among U.S. programs. The company, which maintains 56 teaching hospitals in 14 states, now has more than 3,900 residents and fellows and looks to continue growing its GME program to accommodate as many as 7,000 residents by 2024.

In other milestones, Nashville-based CarePayment, a leading patient financing company that partners with healthcare organizations to offer 0.00 percent APR payment programs to patients, recently announced it had reached more than 4 million patients served, up from 2.2 million just two years ago, and achieved 37 percent year-over-year growth in 2018 alone.

Saint Thomas Midtown and Saint Thomas Medical Partners recently announced Kelly A. Carden, MD, has been named the 34th president of the American Academy of Sleep Medicine (AASM) board of directors. She will serve a one-year term leading the physicians, scientists, advanced practice providers and allied health professionals who make up the AASM's 10,000 members.
Each year, thousands of American Red Cross volunteers commit to helping those who need help most from providing disaster relief to transporting needed blood products to hospitals nationwide. In Nashville, one individual has delivered on that mission and then some. Bill Murray has logged more than 705 hours driving life-saving blood products to hospitals, earning him recognition for the "Award of Excellence" for Red Cross as a blood transportation specialist.

AHA TO CONGRESS: DON'T USE PRF FUNDS FOR INFRASTRUCTURE, PROVIDERS NEED THEM NOW

UnitedHealthcare Donates $300,000 to Nonprofits in Tennessee

Funding is part of UnitedHealthcare's $11.4 million in Empowering Health grants focused on expanding access to care and addressing the social determinants of health for people in underserved communities

Tennesseans Have Until Aug. 15 to Sign Up at HealthCare.Gov and Can Save $83 per Month

Data shows 41,683 Tennesseans signed up for health coverage during the 2021 Special Enrollment Period and 621,800 Tennesseans are eligible for the American Rescue Plan's savings.

Four-story, $95.4-million dollar expansion largest since hospital was built in 2010

American Oncology Network, LLC (AON), an alliance of physicians and healthcare leaders working together to ensure the long-term success of community oncology, announced a partnership with CarePayment, a company specializing in enabling patients to pay for their healthcare with a 0.00% APR solution.

The Vanderbilt Transplant Center performed a record number of solid organ transplants in fiscal year 2021 (FY 21) -- 637 life-saving procedures among its adult and pediatric programs -- despite occurring entirely during the COVID-19 pandemic.

Covenant partners with Marietta Eye Clinic, an ophthalmology-based practice with locations across the northwest suburbs of Atlanta

BRC Healthcare announced the expansion of their addiction treatment portfolio with the acquisition of four substance abuse treatment facilities in Nashville:

The Nashville Health Care Council announces the appointment of its 2021-2022 board of directors, effective July 1.David Dill, president and CEO of LifePoint Health, will begin a two-year term as chairman of the board.

BlueCross BlueShield of Tennessee recently announced the promotion of two current leaders to senior management roles within the company.

Columbia will be the next Walls for Women city

Columbia joins eight other Tennessee cities on the new Walls for Women Trail that celebrates women's suffrage through art and creative expression.

Oman-Gibson Associates (OGA), a full-service health care real estate firm based in Nashville, is opening a Dallas-Fort Worth office.