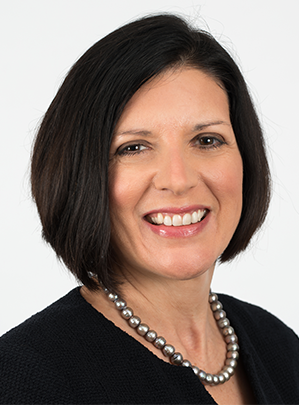 Growing up on a small farm in Central Illinois, Cindy Baier probably didn't imagine she would one day take the reins of a publicly traded company leading the way in senior living, home health and hospice care. Yet, it's a position she has been preparing for since middle school.

Following a terrible accident, Baier's mother was bedridden for months, and the preteen stepped in to become her caregiver. It's a role she repeated in college for her grandfather when he lost his sight. "I learned firsthand the special needs that come with aging," she said of living with her grandparents while attending Illinois State University.

"These experiences helped me to see how difficult caregiving is and the importance of this work in providing meaningful support to those who need it," Baier stated. "I still hear my mother's voice telling me, 'You need to take care of those who cannot take care of themselves.'"

Today, Baier is doing just that as she oversees Brookdale Senior Living, with the ability to provide residential and community care for about 60,000 individuals. In addition to the sheer scope of running a $3.5 billion company with around 42,000 employees, Baier said senior living - which combines healthcare, hospitality and real estate - is a complex industry sector. Yet, the biggest challenge each day is making sure every decision, every interaction is undertaken with the end user in mind.

"At Brookdale, we are providing care and services for people 24 hours a day, seven days a week, 52 weeks a year," pointed out Baier. "It's a tremendous responsibility, and the pandemic highlighted the life-and-death aspect of this." Passionate about doing the right thing for residents, patients and associates, Baier continued, "I always remember this is a people business. The filter I have for making decisions is to keep their health and well-being as the top priority."

To put those intentions into action, Baier said it's important to have boots on the ground. "One of the things we've done as part of our culture is we created community learning visits," she explained. "I've done the job of a housekeeper, cook, server and walked side by side with clinicians."

Baier noted the best part of the day is any opportunity to visit residents and associates in Brookdale communities. "There is no substitute for that personal connection," she said. "It helps me understand the business better but, more importantly, visiting in communities helps keep the focus on our mission of enriching the lives of those we serve. Relationships are the most important thing."

One of the career relationships she cherishes is with former Brookdale CEO Bill Sheriff. Baier, a certified public accountant whose career has spanned multiple industries, first arrived in Nashville to take the chief financial officer's role at Brookdale. Although Sheriff had retired from the company before she started, Baier reached out to him when she was named CEO. "I had to lean heavily on him to agree to advise me. I am glad he did," she said with a laugh, adding Sherriff is a legend in the industry.

Happy to learn from the best, Baier is also unafraid to shake up the status quo. "Eighty percent of healthcare decisions are made by women. Most caregivers are women," she said. Knowing representation matters, she has sought to make sure the board and executive team are reflective of the community Brookdale serves. "I think the only way you get the best results for your company is if everyone has an opportunity to participate, and their voice is heard."

Baier's most important relationship, both professionally and personally, is at home. "My husband Dave is my biggest mentor and supporter and has provided important advice for many, many years," she said. "Family is important. I value the time I get with them," she added of her crew, which includes three stepchildren and five grandchildren ranging in age from six months to four years. She also relishes any time she can get with her sister. Despite her public-facing work life, Baier said she's really an introvert who is perfectly content to be at home cooking, baking and spending time with family.

Being able to recharge has been especially important over the past year as work days became fraught with challenges to the safety and well-being of residents, staff and patients. Despite the rough going, Baier stressed, "If it matters enough, you find a way!" Not only did Baier and Brookdale find a way, but they are taking those hard-won lessons to fuel future success.