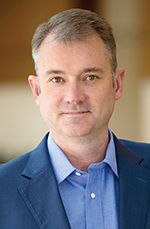 In his new role, Martin will oversee all of Change Healthcare's R&D, information security and IT operations and he will be responsible for the overall technology direction of the Company's product and service portfolio. As a member of Change Healthcare's executive leadership team, he will report directly to President and CEO Neil de Crescenzo.

Martin, who brings more than 20 years of experience to Change Healthcare, graduated from the University of Texas at Austin with a degree in behavioral science.