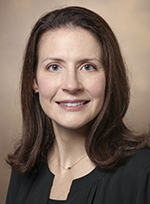 Children who have experienced the rare and potentially life-threatening multisystem inflammatory syndrome in children (MIS-C), which can develop within four weeks of exposure to the virus that causes COVID-19, are being followed closely in a multidisciplinary clinic at Monroe Carell Jr. Children's Hospital at Vanderbilt.

MIS-C can cause different parts of the body to become inflamed, including the heart, lungs, kidneys, brain, skin, eyes or gastrointestinal organs, often resulting in hospitalization. Many of these children end up on mechanical ventilation support, ECMO (extracorporeal membrane oxygenation), and/or inotropic support to stabilize circulation and optimize oxygen supply.

About one in 1,000 children who either have the virus or have been exposed to it, develop MIS-C. According to the Centers for Disease Control and Prevention, there have been 3,185 cases of MIS-C reported in 48 states since May 2020.

About 50 children (from ages 5 months to 18) have been seen in the Children's Hospital MIS-C clinic by a group of pediatric physicians representing the divisions of Infectious Diseases, Cardiology and Rheumatology.

"Most of the kids who have MIS-C do not have a significant initial COVID-19 infection. Some didn't even have symptoms but had either a known exposure with a family member or in the community," said Anna Patrick, MD, PhD, assistant professor of Pediatrics in the Division of Pediatric Rheumatology. "We get information about their COVID exposure from their history but also look for antibodies against COVID infection (which would indicate that a person has been infected with SARS-CoV-2, the virus that causes COVID-19)."

During their hospitalizations, children are treated with steroids for the inflammation along with other medications including anakinra, a therapy used by pediatric rheumatologists to slow joint damage and reduce joint pain and swelling, and IVIG (intravenous immunoglobulin) for patients with weakened immune systems.

After they are released from the hospital, many still experience fatigue, continuing inflammation and skin rashes, and are seen in the well-organized follow-up clinic held on Thursday afternoons - beginning at one week after hospital discharge, then continuing at one month, three months, six months and one year.

On Monday afternoons the physicians meet to determine who is being seen in that week's clinic and what tests might be needed. Then, when the patients arrive on Thursday, they get the appropriate testing first - usually EKGs and echocardiograms for their hearts - then are seen by Patrick, Katz or Halasa, and then by Parra, armed with the results from their cardiac tests.

Parra said the inflammatory process in MIS-C can cause myocarditis (inflammation of the heart muscle) in varying degrees. Some children initially have mild to moderate dysfunction and others need ECMO to stabilize their hearts.

"The good news is that all function appears to recover pretty rapidly, but heart tests (such as echocardiogram and cardiac MRI) show that while heart function looks normal, the heart tissue in many children is not completely normal. And a small percentage of children have dilation of the coronary arteries following MIS-C," he said.

These children are initially restricted from sports during the follow-up period. "Myocarditis is one of the causes for sudden death with exercise. We're being very careful. That's why we need this very close follow-up," Parra said.

Patrick said MIS-C is stressful for children and their families. "First you have this hospitalization, where your child is so sick, and that's a huge event for these families. When you take into account that we're in a pandemic, then you have a child who has a rare response to a COVID infection, there's even more stress," she said.

The MIS-C clinic also has a research component. One study looks at the clinic's patients and their families, trying to determine what genetically predisposes one family member to MIS-C but not others who also had COVID-19.

Another study, funded by the National Institute of Allergy and Infectious Diseases, part of the National Institutes of Health, is called PRISM (Pediatric Research Immune Network on SARS-CoV-2 and MIS-C). It's a national, observational study to evaluate the short- and long-term health outcomes of SARS-CoV-2 infection in children, including MIS-C, and to characterize the immunologic pathways associated with different disease presentations and outcomes. The study is enrolling at least 250 children, and adults age 20 and younger, from diverse racial and ethnic backgrounds at approximately 20 sites nationwide, including Vanderbilt.

Halasa says there's still much to learn about MIS-C.

"A lot of these kids are back to baseline, running and jumping and doing great, but some have long-lasting effects," she said. "We will continue to monitor them closely."

Parra said a year's follow-up may not be long enough.

"It's a new disease so we don't really know (how long children need to be followed). There's certainly a learning curve to this. Many patients after their second or third follow-up feel fine, but I don't think we can ignore that they have a condition that put them in the hospital and caused inflammation in their hearts.

"We'll have rigorous follow up for the first year, but my suspicion is that many will need cardiology follow-up after that," he said.