PHYSICIAN SPOTLIGHT: Caring for Kids at The Children's Hospital at TriStar Centennial 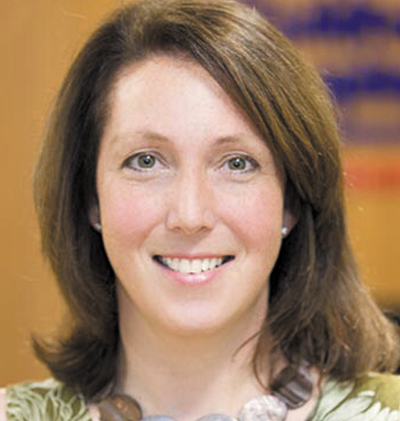 Caring for kids is nothing new for Sheila McMorrow, MD. It's a role she's embraced since childhood.

The Pediatric Emergency Medical Director at The Children's Hospital at TriStar Centennial grew up in a large Irish Catholic family. An Atlanta native, McMorrow was one of six children and said the role of caregiver came easily.

"From the get-go, I always had a lot of responsibility for younger kids, so that was something that was just natural for me," she said. "When I did my medical school rotations, I loved pediatrics, and it became my comparison for subsequent rotations."

After receiving bachelor's degrees in both philosophy and biomedical engineering from The Catholic University of America in Washington, D.C., McMorrow earned her medical degree from the Medical College of Georgia at Augusta University. She then completed an internship and residency in pediatrics at Vanderbilt University Medical Center, where she remained for her pediatric emergency medicine fellowship.

McMorrow stayed at the academic medical center as an associate professor of pediatrics and anesthesia for nine years, but she transitioned to an exciting new role as medical director for the Pediatric Emergency Department at TriStar Centennial Medical Center in 2015. The decision to leave VUMC wasn't easy, but McMorrow said the opportunity came at a key time in her life - motherhood.

"I was starting a family, and this let me be home more and also be a part of something that was just starting," said McMorrow, now a mother of three. "Part of pediatrics is having a relationship with the parents, as well as the patient. And as a mom and a doctor, I can sympathize when parents have concerns. Motherhood has made me a better doctor," she added.

Additionally, McMorrow had worked previously with several of the providers at TriStar Centennial and considered them a strong influence on her decision to lead the growing program. And lead she has. Upon her arrival, TriStar Centennial was developing plans to renovate the main ER to include a separate section for pediatric patients. However, McMorrow advocated for a specialty ER completely separate from the adult population.

"Nashville is prime to what a pediatric ER should feel like, and that's what families here expect," she said. "It's really important to have a separate space for pediatrics away from the adult population, which can be challenging because of the mix of patients."

"That extra time and pediatric-centered approach is very unique, and you won't find that in adult medicine," McMorrow said.

Her suggestions, insights and work to extend services have proven successful. TriStar Centennial's pediatric ER visits have increased from 8,000 in 2014 to just under 15,000 in 2018. Visits are slated to hit 17,000 this year.

"Our growth is two-fold," she said. In addition to Nashville's rapid growth that has brought more kids to the community, McMorrow noted, "There's also an increased awareness of pediatric-specific care by families and patients, and they're realizing that we have many general ERs but only two pediatric ERs within Nashville."

"The initial person you see is the one making decisions, and the smaller volume and community makes it feel tight knit," she said. "Those relationships translate into the delivery of safe, patient-centered care."

TriStar Centennial's successful model is catching on. In April, TriStar's Parkridge East Hospital in Chattanooga rolled out their own sensory-friendly ER to better treat both adults and pediatric patients with sensory challenges. McMorrow hopes other TriStar hospitals will follow suit. "A big, long-term goal for me and the group is to try to make the mindset of care at other hospitals the same as Centennial," she said. "In a hospital-based system, it's entirely possible to open dialogue and achieve these results systemwide."

As The Children's Hospital continues to grow, McMorrow said clinicians and families alike are sometimes surprised to learn just how many pediatric services are available onsite. Their NICU and pediatric-focused ICU, cardiology, orthopaedics and pulmonology departments are bustling. And their pediatric hematology/oncology department, where young patients can receive bone marrow transplants, often stays at full occupancy.

"People may not think of pediatric cancer care at Centennial, but we have these amazing services coupled with pediatric fellowship-trained doctors with so much experience," McMorrow pointed out.

As more and more people learn about the range of pediatric options available at The Children's Hospital at TriStar Centennial, McMorrow and her colleagues expect to continue to grow and expand services to meet the needs of Middle Tennessee.

The Children's Hospital at TriStar Centennial