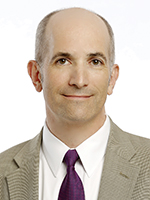 Editor's Note: With a public health focus in April, we were excited the timing lined up so nicely to 'introduce' Dr. Michael Caldwell, already known to many area colleagues, to the larger healthcare community. Starting his new position as Nashville's public health chief in early March, a devastating tornado and ongoing pandemic quickly made those introductions instead, as Caldwell has hit the ground running to help lead the city's response. Despite his non-stop schedule during this unprecedented period, he graciously made time to speak with Nashville Medical News senior staff writer Melanie Hill to discuss his love of public health and excitement about his new post.

In March, Nashville Public Health began a new era under the seasoned leadership of Michael C Caldwell, MD, MPH. In late February, members of the Metropolitan Board of Health of Nashville/Davidson County voted to extend a contract to Caldwell naming him Nashville's new Director of Health. Within days, Caldwell stepped in - and up - to serve Middle Tennesseans during a season of uncertainty.

A native of northern New Jersey, Caldwell's early interest in medicine was deepened by reports from the Vietnam War, where his father was serving. "I've wanted to be a doctor since I was a kid, and I think I thought if I could take care of people, the war would be over sooner," he said.

Soon, the budding scientist found himself teaching fellow third-graders about chambers of the heart and was encouraged by teachers to pursue his interest in science. Caldwell went on to receive his bachelor's degree from Columbia University in New York and his medical degree from Mount Sinai School of Medicine. Following a three-year internal medicine residency, Caldwell received his Master's in Public Health from Harvard University.

His interest in public health grew organically, thanks in part to the prevalence of smoking inside hospitals in the 1980s. "During med school, I got involved with student government and the New York City Smoke-Free Coalition, trying to get the city council to pass strong laws," he said.

"There was a lot of activity to get hospitals to go smoke-free, and I couldn't understand why they were dragging their feet," Caldwell continued. "I was very passionate because I had patients ravaged by tobacco, and all I could do was diagnose them with cancer ... but I really wanted to go upstream and find out why the bridge was out, not just pull bodies out of the river."

After stumbling upon a job post on a Harvard University bulletin board, the young physician applied for the position as Commissioner for the Dutchess County Department of Health in New York - a position that would lead to a 20-year career and allow Caldwell to create a clinical research division to investigate Lyme disease and vaccine development. During his tenure, he also served as president of the National Association of County and City Health Officials (NACCHO), representing the nation's nearly 3,000 local health departments.

His growing interest in vaccine research led Caldwell to leave the public health frontlines for a time to pursue opportunities in biotech, and he went on to serve as director of Scientific Affairs and Public Health for pharmaceutical giant GlaxoSmithKline, helping to launch the shingles vaccine. He also served as field medical director of Infectious Diseases for AstraZeneca/MedImmune.

In 2018, Caldwell and his wife, Shannon Lashlee, made their way back to her home state of Tennessee, where she now serves as an elder law attorney. Once in Tennessee, public health colleagues encouraged Caldwell to attend committee and commission meetings and learn everything he could about Metro Public Health.

When the director position came open in the fall of 2019, he was encouraged to apply, and in February was offered the position. Slated to begin March 9, Caldwell had plans to use the week prior to become oriented in the new role. But all that changed March 3, when a tornado devastated his East Nashville community.

"My wife received a text that our friends in Germantown had lost their home and photography studio, so we were out during the night running with flashlights, smelling gas and jumping over fallen power lines," he remembered. "It was a moment in time that's unforgettable; and within 12 hours I was driving to the Department of Health to proceed with my orientation and asked to be an observer at the Office of Emergency Response. I wanted to use this tragedy as an opportunity to see how the Department of Health was part of disaster response efforts and to meet people."

Two days later, Caldwell's efforts were interrupted by news of the city's first case of COVID-19. "The Mayor was now in the emergency office asking me to help discuss coronavirus during his press conference," he said. Fortunately, Caldwell was armed with strong public health experience that included West Nile, 9/11, anthrax, SARS, MERS and H1N1, and he had testified before Congress as an expert on pandemic flu. "Even though I was new to this particular role, I felt very prepared," said Caldwell.

He believes Nashville's deep roots in music, religion and healthcare have helped to bring people together and make public health a part of the city's fabric during unprecedented times. "There's a lot of potential to have public health be elevated or pulled up by the strings of these industries," he said.

"We're standing side by side and asking the healthcare industry to support us and they are, with their tremendous resources and expertise. We have an opportunity to convene the city's institutions and leaders for one common goal, and it's been really historic," he continued. "Once we get through this, a real hope is to continue these strong partnerships moving forward, to carry it on for the betterment of all the other health issues our community will face."

He also attributes the city's success to Mayor John Cooper, who Caldwell said has been "passionate and strong" with his ability to speak to the community and prioritize issues. "I've been very impressed and grateful to serve by his side," Caldwell added.

Looking forward, he said Nashville Public Health will continue to meet the needs of the community with ongoing efforts to minimize tobacco usage, address the opioid epidemic and improve health equity. "We have more than 500 outstanding public health professionals working every day to serve to residents of Nashville," he said. "We need to educate people about these problems and offer a path forward to having them addressed as best as we can.

"Public health doesn't reside solely in the Department of Public Health, but in every business, nonprofit and government office. Everyone in every organization contributes to public health in some way, and we want to be a visible and connected partner for all the great things happening in the community and point out areas where we can do better. We want to be a trusted source for information and partnerships," he concluded.