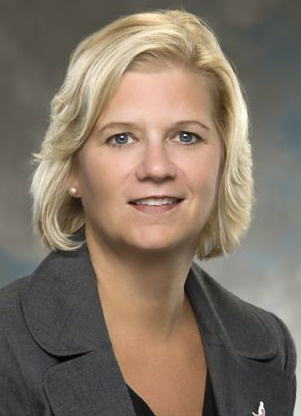 October is Breast Cancer Awareness Month ... but for the staff at Komen Central Tennessee, the fight to save lives and support those with breast cancer happens every month and every week of every year.

"Our mission is to reduce breast cancer deaths 50 percent in the next 10 years," said Patty Harman, executive director for Komen Central Tennessee, an affiliate of the national Susan G. Komen Breast Cancer Foundation. It's a tall order but one that signifies just how far the organization has come in the last 34 years.

Fulfilling a promise made to her dying sister Susan G. Komen, Nancy Brinker launched what would become a global effort to battle the disease in 1982. Harman said the initial focus was on awareness, education, and gaining a better understanding of the disease. "Back when it started, we didn't even know what breast cancer really was ... we didn't know it was a group of cancers," Harman said. She added that at the time, talking about breasts and self-exams were really still taboo subjects.

Fast forward three decades, and it's easy to see how far the science has come and to recognize how far there still is to go. "We know that research is the answer to the cure," Harman said. She added working with men and women to understand what is normal for their bodies, what to do if something seems abnormal, and then ensuring those with breast cancer are supported along the continuum of care are also core principles.

Harman said the organization hones in on four major areas to fulfill the mission - 1) partnering with other non-profits to provide direct services, 2) funding global research, 3) providing education and awareness, and 4) engaging in advocacy to impact policy related to breast cancer.

In addition, Harman noted, "We have a couple of goals ... addressing aggressive/metastatic cancer is one of them. The next deals with health equality meaning that for everyone - regardless of their race, ethnicity, sexual orientation, social economic status, geographic location, cultural beliefs or other factors - we reduce the barriers to care."

"The Race for the Cure is our biggest fundraiser of the year," Harman said of the Middle Tennessee event that occurred on Oct. 1. However, she stressed, that doesn't mean the fundraising effort is over for the race. "We continue raising money throughout the month of October. We want people to know that fundraising doesn't stop just because the race has happened."

Of the money raised locally, Harman said 75 percent of those funds stay in the region with the other 25 percent going to international research. However, she pointed out, "Every year, about $400,000 leaves Greater Nashville to go to global research and about $4 million in research dollars come back to Middle Tennessee."

Most of the research funding goes to investigators at Vanderbilt University Medical Center who partner with the organization on a variety of projects. "Overall in our history, we've had a total of 47 grants totaling $14.2 million in Tennessee," Harman said.

Currently, she continued, "In Tennessee, we have nine active research grants totaling $4.6 million. What's really exciting is we've funded 25 young career investigators in Tennessee." Harman said getting young researchers interested in breast cancer and committed to the field throughout their careers is important to build on the knowledge base.

Non-research funds are disseminated to partner non-profits based on a community needs profile. In Davidson County, access to mammograms has been identified as a community need. "We work with Mission in Motion, which is a mobile unit through Saint Thomas, that provides screening and mammograms in our 11 counties," Harman said. "There is also a program at General Hospital called Mammograms in May where we provide the funding resources so women can get mammograms."

Health equity is also addressed through the popular Worship in Pink. "We reach about 40,000 women with that program," Harman said. She added partnering with churches has been particularly successful in raising awareness among communities of color. "In Nashville and nationally, women who are African-American are 40 percent more likely to die of breast cancer," she added of the need to encourage routine screening for early detection and to connect individuals to resources.

There is good news and bad news on the breast cancer front. Survival rates have increased for early-stage cancers. "If you have early detection, your chance of survival is high so that means early detection is key," Harman stressed.

The National Cancer Institute's SEER (Surveillance, Epidemiology, and End Results) Fact Sheet notes 12.4 percent of women will be diagnosed with breast cancer at some point in their lifetime. It is estimated 246,660 new cases will be diagnosed in 2016 and 40,450 women will die from the disease this year. With the Komen organization's bold goal of cutting breast cancer deaths in half, the hope is the 2026 figures will look much different.

While there is a lot of work ahead, Harman said there is also a lot to celebrate in the accomplishments of the last three decades. Today, she noted, "Women are more familiar with their bodies and more comfortable speaking up when something's not right. To me, that's the biggest win of all."