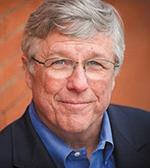 The Global Alzheimer's Platform (GAP) Foundation, an organization dedicated to improving Alzheimer's clinical trials in the quest of a cure, has just wrapped the GAP-NET Site Optimization Conference in Nashville. The Feb. 27-March 1 meeting brought together approximately 150 representatives from its network of Alzheimer's clinical research sites.

John Dwyer, president and founding board member of the Global Alzheimer's Platform Foundation, said the organization came about as an effort to make the trials process more efficient in order to speed treatment options to patients. Currently, more than 120,000 Tennesseans and 5.5 million Americans over the age of 65 have Alzheimer's. Those figures are anticipated to rise by 17 percent by 2025.

"In light of how difficult clinical trial successes are with Alzheimer-targeted molecules, a group of philanthropic organizations and larger pharmaceutical companies came together to look to lower the cost, shorten the duration, and improve the overall effectiveness of trials," he explained of the foundation's work, which officially launched operations in January 2016.

"Our first step was to identify the things that are preventing Alzheimer trials from being operationally effective," Dwyer continued. "A lot of clinical trials fail ... it's typical ... but in Alzheimer's trials, it's 10-20 times worse. Every study that gets done gets us closer to a cure or shuts the door on an avenue of inquiry that wasn't fruitful."

Alzheimer's trials face multiple hurdles impacting efficiency and effectiveness. According to GAP, nearly 90 percent of Alzheimer's clinical trials are delayed because there aren't enough volunteers. Dwyer also said there has been too much variance in how trials are conducted and too many administrative delays in the startup.

GAP's goal was to disrupt the traditional launch process by addressing operational efficiencies with a variety of tools, including utilizing a common IRB for all GAP-NET trial sites involved in a specific trial rather than have individual IRBs review and sign off. Dwyer likened it to the Common App, which allows students to apply to multiple colleges through a streamlined process.

"We now have 72 clinical trial sites in North America - Canada and the United States - that have agreed to work with us on this new, disruptive way to design and launch trials," Dwyer said. He noted among the participants are Vanderbilt University Medical Center and Clinical Research Associates (CRA) in Nashville. "Vanderbilt and CRA have been foundational to assisting us in implementing trials more efficiently and collaborating on better trial design," he added.

The proof of concept began last January when the first trial utilizing GAP operational efficiencies launched. By June, the trial was underway. "Our first study was up and running in six months," said Dwyer. "The comparable average is 18 months."

Dwyer said GAP is agnostic when it comes to the science behind the trials. Instead, the focus is on "recognizing the greater good requires standardization." Dwyer added, "That means we might get a cure in the hands more quickly, and we reduce the amount of time a trial participant spends in the study."

If at First You Don't Succeed

Referencing a recent Fortune magazine Article ("Alzheimer's: A Trail of Disappointment for Big Pharma," Jan. 2019), Schipani said in the last year alone, half a dozen potential Alzheimer's drugs have failed, at a cost of billions of dollars. "We find we've all been racing down the wrong path," she said.

Schipani added the frustration is magnified by the tremendous need for new as treatment options. "The last drug that was approved by the FDA was in 2003."

Noting all scientific endeavors start with a hypothesis, CRA Medical Director Stephen C. Sharp, MD, said Alzheimer's research has heavily focused on amyloid lumps, which differentiate the disease from other forms of dementia. "We've had a little bit of 'everyone putting their eggs in one basket' approach," he said.

"I think the evidence clearly suggests there has been a lot of negative results when you target beta amyloid in its single strand form," agreed Dwyer, who added there are still a couple of studies focused on beta amyloid oligomers that could hold promise.

While the results have been disappointing, both Sharp and Dwyer pointed out negative results also move the body of knowledge forward. "Making lemonade out of lemons, this opens the door to funding for some of the other approaches," said Sharp.

"There's nobody with Alzheimer's who doesn't have a buildup of beta amyloid and tau," Dwyer said. He added more attention might now focus on the tau part of the equation or follow inflammation studies that offer another interesting angle.

Echoing those sentiments, Schipani said she is grateful to have helped bring some drugs to market and equally grateful that trials have kept other drugs off the market when they offer false hope or prove harmful. "It's really hard to be safe and effective," she pointed out.

As with any clinical trial, it takes patients willing to give of their time to make a breakthrough. Sharp said clinicians desperately need new options. "We have a toolbox that's almost empty right now, and we need more tools. We have to develop those drugs, and that's never going to happen if we don't get more people into trials."

Schipani pointed out working with a clinical trial site offers extra support for patients, families and providers. "We can do many more tests than is going to be available in a standard practice," she noted, adding CRA is happy to share lab work and testing results that don't impinge on proprietary information.

Working in partnership with primary care providers, researchers also would love to get more patients into Alzheimer's trials earlier in the disease process. "There are some pretty standard tools for cognitive function, and I think that should be part of an annual physical," Schipani said. "Generally, people are having some issues five years before they mention it to their provider."

GAP-NET in Nashville included discussions on successful recruiting strategies and regulatory changes in Medicare Advantage that could help identify patients with dementia - with and without complications - at an early stage.

Dwyer said the success of the GAP-NET Site Conference has been bringing together all the folks on the front lines who are doing the heavy lifting to gain their insights on trial designs, implementation protocols, what works, and what doesn't. He added everyone "leaves their ego at the door" to allow for open discussions.

"It's a wonderful exchange between people doing the work and people dreaming up the work," Dwyer said. "It's a collective activity where the whole ecosystem comes together to collaborate and ensure best practices to make clinical trials better."