"By joining forces with Mid-South PICC, we will be able to leverage their size and resources to enhance our services provided," said Michele Lee, founder of LifelineV. "We're thrilled with the new ownership and truly appreciate the culture Mid-South PICC CEO Rick Spell has created. We're aligned in our goals of providing quality and timely patient vascular access services."

LifelineV is known throughout Tennessee for the quality vascular access to hospitals, nursing homes and rehab facilities its experienced, 12-member team administers. While it is headquartered in Nashville, LifelineV's services extend eastward to Knoxville. The operations in these two areas will now be referred to as, "Lee Medical, a division of Mid-South PICC."

"It is with great pleasure that we incorporate Lee Medical into our Middle and East Tennessee divisions," Spell said. "Our current clients in those two areas will now be served by Lee Medical staffers who have a great deal of knowledge and experience. Our goal is to grow our presence and look for more acquisitions in the same or surrounding areas in the future."

Mid-South PICC's 50 staffers, 40 of whom are registered nurses, provide approximately 23,000 PICC line installations annually, and will only see that number increase after growing its employee and client base through the merger. All new clients gained in the transaction will now also have access to the nurse and patient education, consultants and IV infusions Mid-South PICC provides. 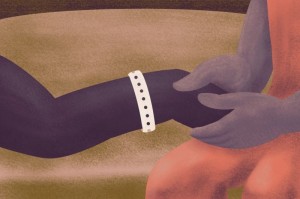