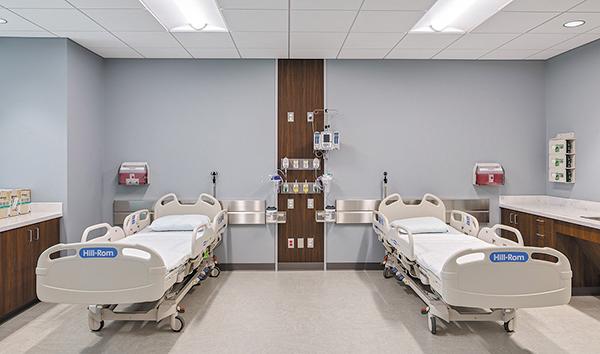 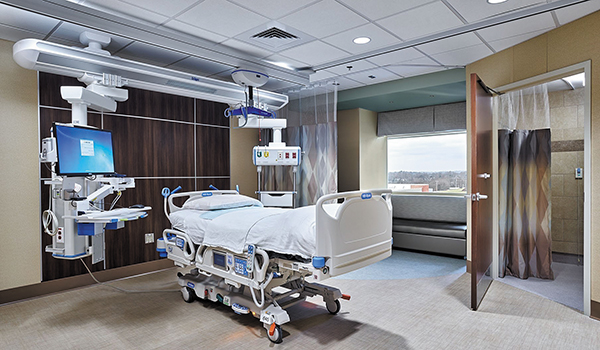 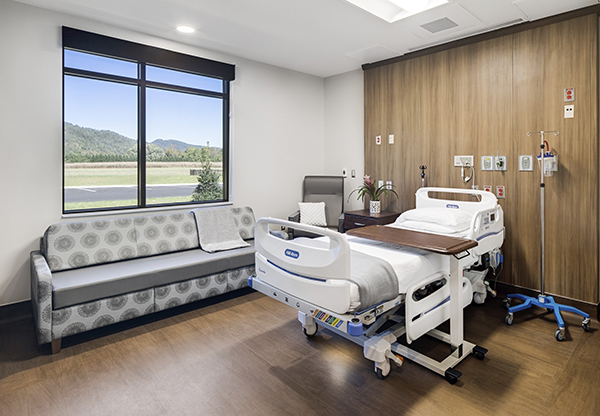 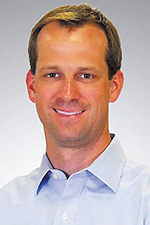 Forty years after opening their doors, Steve Ward & Associates remains an industry leader for commercial casework and millwork. And while the Nashville-based, family-owned company has been a go-to for industrial cabinetry since 1979, their forWard® hospital headwall system was recently the topic of an independent, third-party white paper by Layton Construction Company, detailing time and cost savings over traditionally constructed headwalls.

Thinking Outside the Box

"For most of our history, we installed headwalls consistent with architectural design. Frequently, this consisted of 3/4" thick plastic laminate paneling clipped or glued to the face of a gypsum board headwall on conventional metal studs," explained Andrew Ward, CEO of Steve Ward & Associates. "We stayed in our lane and were doing what the industry was used to doing."

That changed in 2008 with the implementation of lean process improvement, designed to map out areas of waste in time and resources. "Lean defines 'waste' as anything for which the customer isn't willing to pay, so we started thinking about the installation process with the end result in mind," Ward said.

According to the white paper, a traditional headwall installation in Nashville, using Q4 2018 labor rates, required two men 38 hours (or 76 man-hours) to build, at a total cost of $10,766.09. Ward's team knew there had to be a better way.

"Even though every headwall looks the same on the architectural design, once you get in the field, each headwall is slightly different due to discrepancies in outlet rough-in placement," he explained. "We knew if we could control field conditions and precut outlets in a manufacturing facility, it would significantly reduce the amount of time we spent installing the headwall paneling."

With cost and time savings in mind, the team set out to design a better way to build headwalls. Soon thereafter, SWA sought a partner who could help them move into the prefabricated headwall space and found one in their own back yard. After partnering with the Nashville manufacturer for several years, SWA gained enough traction to incent them to acquire the company's assets in 2016.

"We were able to take the product and start making a few improvements to overall design, integrate more details into the infrastructure, and reduce our cost to make it what it is today," Ward said.

According to the white paper, the forWard headwall side of the Layton case study was completed by two men in 9.5 hours at an actual cost of $8,698.14 - saving clients nearly 60 total man-hours and approximately $2,000 per headwall. The forWard headwall is a prewired and pre-plumbed modular wall system complete with a UL listing and chain-of-custody certified med gas lines. Standard forWard panels are 24" wide by approximately 9'2" tall, so they fit easily into buildings and standard elevators, making them a good solution for renovation projects. And while the design's target is headwalls, Steve Ward & Associates recently customized every patient room wall for the University of Tennessee Heart Hospital in Knoxville.

For some clients, the idea of "prefab" conjures up images of a pre-stocked, off-the-shelf, take-it-as-you-get-it product. "When we talked to our clients, what we found was traditional construction was frequently specified for one of two reasons: First, it was believed to be more cost effective; and second, it was believed to offer a greater degree of customization," Ward said. "Prefabrication, on the other hand, was typically specified for consistency, standardization, efficiency and quality control. We felt like there had to be a way to bridge the gap between the two and offer a product which included all the benefits of prefabrication without compromising customizability or cost effectiveness."

Ward said durability is typically a primary concern of clients, as well. The forWard headwall system's 24-gauge steel panel construction sets it apart from other prefabricated products in the marketplace.

When necessary, clients also appreciate the ability to access the interior of the wall without cutting into sheetrock. A panel can be removed, conduit added, and the panel reinstalled with the patient room back online in approximately one to two hours. Ward said traditional headwall construction can close down a patient room for four to five days, impacting revenue and a healthcare provider's ability to deliver patient care to as many people as possible.

"Our products are frequently the ones which define the environment inside a space more than any other element in the room," Ward said. "We want to make a positive impact on people's lives by creating environments where people feel comfortable and safe as they restore their health or expand their mind in educational or research settings. Our surroundings inspire us in our learning, researching, healing or whatever it is we're doing in the space with which we're interacting."

Ward credits the company's longevity and continued success to their dedicated staff and faith-based approach to client relationships. "Our people and core values set us apart: the way we care," said Ward.

And while the company's founder and namesake, Steve Ward, no longer works full time, he still spends several hours a day at the office, checking in on projects and visiting with employees - some of whom have been with SWA for more than three decades. "My dad's been doing this for close to 50 years and is still the most knowledgeable person in the building," Ward said of his father. "In his wildest dreams he wouldn't have guessed SWA would be what it is today."