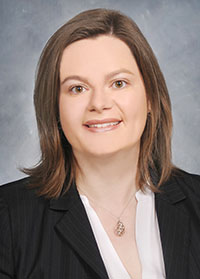 Prior to her current role, Conley served as COO of Poinciana and associate COO at HCA's Osceola Regional Medical Center, also in Kissimmee. Conley earned her undergraduate degree in Public Health, Health Policy and Administration from the University of North Carolina at Chapel Hill and her MBA from Vanderbilt University Owen Graduate School of Management. She is a Fellow of the American College of Healthcare Executives.