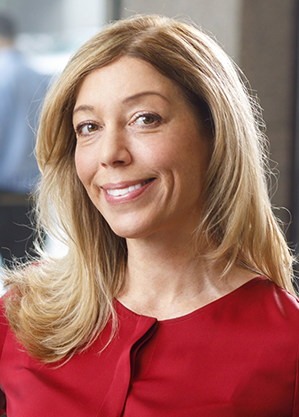 Never a dull moment ... and Jennifer Weaver likes it that way.

A Los Angeles native, Weaver earned her undergraduate degree in film and television at New York University, followed by law school at Columbia. Returning to practice in her hometown, Weaver's story reads a bit like a movie script. The young lawyer joined a large, international firm and focused her practice on high-profile, white-collar criminal defense.

Then came a move to Nashville, the epicenter of the nation's healthcare industry, and a new focus on representing providers. "It was a natural transition. I always enjoyed trying cases against the government and helping my clients navigate treacherous government investigations," she said of her pivot to the highly regulated industry.

Weaver pointed out healthcare and defense contractors are the prime recipients of federal dollars, which makes the two areas popular targets for federal investigations and enforcement actions. Government cases often come with stiff monetary penalties and the potential for criminal prosecution - or at least the threat of it.

"I have been defending healthcare providers in high-stakes government investigations and audits for more than 20 years now, and it has been very rewarding to help providers get through what can be a very challenging and emotional process," she said. Weaver added she truly loves helping providers navigate a difficult, scary run-in with the government and come out the other side with companies and practices intact and thriving.

Weaver said oftentimes cases are brought by whistleblowers who might be disgruntled employees or motivated by the monetary reward that comes with qui tam cases. She added the complex and ever-changing nature of Medicare laws are easily misinterpreted by whistleblowers, and the issue is compounded by a Department of Justice eager to ferret out potential fraud. "A lot of government prosecutors have been at it a long time and get kind of jaded where everything they see looks like fraud. It's just the lens through which they view the world," Weaver noted.

Of course, there are cases of major fraud that are splashed across the evening news, but most cases are simple human mistakes. "The government treats regular billing errors like fraud, and providers feel rightfully offended by that. If someone owes money, we're going to pay it back, but that doesn't mean there needs to be huge penalties," Weaver said. "Almost every provider is going to have to deal with this eventually," she added. "It's a highly regulated industry so it's the nature of the business."

Weaver is fueled by ensuring clients are fairly represented. "I have so much respect for them," she said. She knows the feeling is mutual but also recognizes her specialty isn't exciting for clients like a big M&A deal would be. "They're appreciative of how I put my heart in it, but they are always like, 'I hope we never work together again,'" she said with a laugh.

She certainly understands the stress enforcement actions cause her clients. And while she is intellectually stimulated by handling these tricky cases, Weaver also needs a way to unwind and relax. For her, that means heading to her home in Arrington. "I live on a 65-acre farm with my horses," she said. "I ride for fun. I like being in nature to decompress."

From her home base in Middle Tennessee, Weaver works with clients all over the country and is currently working on cases in five states. In addition to her focus on government investigations, she also is called in during investor disputes, particularly in the ambulatory surgery center arena. Recently, she purchased a home in Los Angeles where she still has family and is looking forward to splitting time a bit more between Tennessee and California.

Despite the natural dread that accompanies a DOJ enforcement notice, clients know what they get with Weaver - a skilled, tenacious litigator who is an unflinching advocate for providers. Having a fighter on their side makes even the most stressful time a little less frightening.