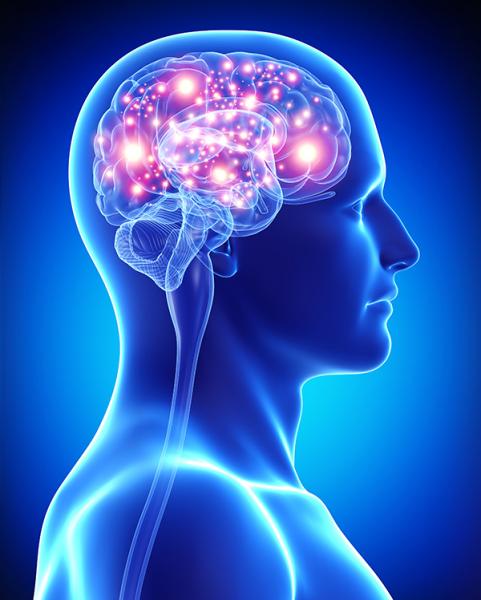 More Medicines in the Pipeline

"Neurological disorders affect almost one-third of people in the U.S. and cost nearly $800 billion a year - numbers that are expected to grow in coming years," said Michael Ybarra, MD, deputy vice president for Advocacy & Alliance Development at PhRMA. "With so many Americans affected by neurological disorders, it is critical that we continue investing in the research and development that will lead to the next breakthrough treatment," continued Ybarra, who is also an emergency physician at MedStar Georgetown University Hospital in Washington, D.C. "Today, there are more than 500 medicines in development that reflect our improved understanding of how the nervous system works and seek to save and improve the lives of patients."

The new report, the latest in the PhRMA Medicines in Development (MiD) series, examines the 537 medicines being developed by biopharmaceutical companies as new treatments for neurological disorders -- including Alzheimer's, Parkinson's, epilepsy, chronic pain, brain tumors and MS -- that affect the brain, spinal cord and nerves.

Commenting on one of the most devastating neurological disorders researchers are trying to treat or prevent, Stephan C. Sharp, MD, medical director for Nashville-based Clinical Research Associates, noted, "Our understanding of what Alzheimer's Disease is, what causes it, how it progresses, how it can be diagnosed or detected, and how best to approach treatment is a major scientific challenge. Alzheimer's Disease, as well as other less well-known dementias, affects millions of American citizens and costs billions of dollars in healthcare and management costs, as well as emotional and personal costs to the individuals affected and their families."

He continued, "For this reason, the neuroscience and pharmaceutical industries are conducting trials at academic centers, like Vanderbilt University Medical Center, Meharry Medical College and University of Tennessee Health Science Center, as well as at private research centers like Clinical Research Associates, in order to produce new technologies for diagnosis and therapies for treatment and even prevention of this tragic condition."

Current drug development programs look to help ease the cost and burden to society of Alzheimer's and other neurological disorders and bring new hope to patients as scientists continue to unlock clues to how the nervous system works on molecular and genetic levels. Sharp said drug development cannot happen in a vacuum and takes the collective work of researchers, physicians, patients, and community leaders pulling together to lead to new discoveries.

The report and associated list of drugs in development - including drug name, sponsor, indication and phase of development - are available for access through the online version of this article at NashvilleMedicalNews.com.

As part of the 110th General Assembly, the Tennessee Legislature passed a bill to improve the way first responders triage and transport severe stroke patients across the state. Signed by Gov. Bill Haslam in April, the new law goes into place beginning July 1.

The Get Ahead of Stroke campaign, a national education and advocacy initiative of the Society of NeuroInterventional Surgery (SNIS), hailed the new law as one that will help reduce disability and death, as well as lower the immense costs associated with long-term healthcare. The legislation directs emergency medical services to establish protocols for pre-hospital assessment, treatment and transport of stroke patients through coordination with hospitals to best address patient needs. The protocols will include education for responders in how to identify severe stroke patients who are experiencing an emergent large vessel occlusion (ELVO). These patients are often eligible for neuroendovascular stroke surgery, which can decrease the likelihood of disability or death if performed early enough. The new law ensures these patients will be triaged and quickly transported to the facility best equipped to treat them.

"This legislation is the next step forward in creating a comprehensive stroke system of care throughout the state," said Sen. Bill Ketron (R-13), primary sponsor of the legislation. "This will ensure stroke patients get to the best stroke center as quickly as possible, and it brings Tennessee one step closer to improving stroke care."

"The passage of this legislation puts Tennessee on the leading edge of stroke care. These new protocols will help ensure every stroke patient -- not just the lucky ones -- is triaged properly in the field and that those suspected of severe stroke are taken directly to the best facilities. Because of these protocols, we will see more patients survive and thrive after stroke," said Blaise Baxter, MD, an interventional neuroradiologist in Chattanooga and the president of SNIS.

"ELVO patients, like trauma patients, must receive immediate specialized care if they are to be saved. These new protocols will greatly improve the odds of patients with the deadliest type of stroke having their stroke reversed, sometimes enabling them to walk out of the hospital within a few days. We hope more states follow suit," said Adam Arthur, MD, a neurointerventionalist in Memphis and the president-elect of SNIS.

The fourth most common neurological disorder in the United States, one in 26 people will develop epilepsy at some point in their lifetime. According to the Epilepsy Foundation, 150,000 Americans are diagnosed with epilepsy each year. 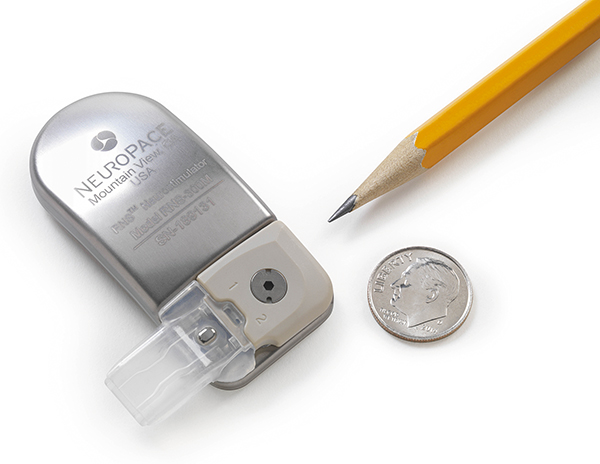 A spectrum condition, epilepsy is characterized by unpredictable seizures and can cause other health problems. Seizure type and ability to control seizures can vary widely among patients. While medications are often effective, some patients face drug-resistant epilepsy with limited options to treat debilitating seizures.

NeuroPace RNS, which is being used at Vanderbilt University Medical Center and other Level 4 Epilepsy Centers across the country, offers a different approach to seizure control. Similar to a pacemaker that monitors and responds to heart activity, the RNS System is billed as the world's "first and only medical device that can monitor and respond to brain activity in real time."

The system, developed and manufactured in Silicon Valley, received FDA approval at the end of 2013 for individuals aged 18 and older who have tried at least two anti-seizure medications but still suffer from frequent and disabling partial onset seizures that come from one or two areas of the brain. NeuroPace RNS is a small, implantable device connected to leads placed in up to two seizure onset areas. The device continuously monitors brain activity, detects abnormal patterns, and in response delivers imperceptible electrical pulses to normalize the activity before an individual experiences seizures.

In addition to treating epilepsy, responsive neurostimulation holds the possibility of treating many other neurological disorders that impact the quality of life for millions of patients around the world.

Get Ahead of Stroke