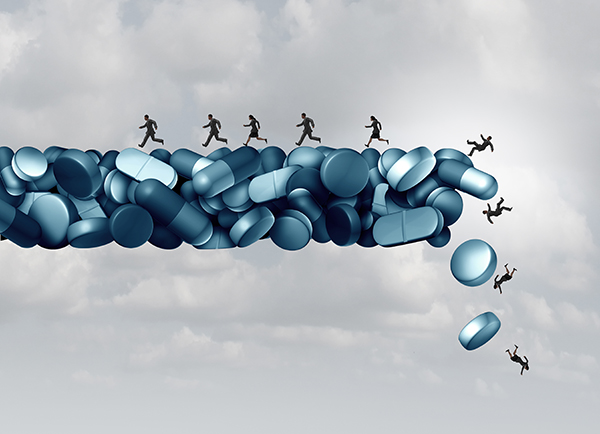 As the 110th General Assembly of the Tennessee State Legislature drew to a close at the end of April, new legislation (SB 2257 / HB 1831) was approved to address a significant part of Gov. Bill Haslam's TN Together Plan to combat the opioid crisis in the state.

As passed by the House and Senate, prescribers will now have additional rules regarding checking the state's controlled substance database and new limits on opioid prescriptions for opioid naïve patients and for acute care patients. Although a strong proponent of proper prescribing, the Tennessee Medical Association had previously opposed several points of the plan based on concerns that setting hard limits on dosing sidestepped clinical judgment and didn't allow physicians to write prescriptions they deemed medically appropriate on a case-by-case basis.

Despite that objection, the new law restricts treatment of an opioid naïve patient to no more than a five-day supply of an opioid and no more than a 30-day supply for an acute care patient. Furthermore, the dosage of a prescribed opioid cannot exceed a daily 40-morphine milligram equivalent (40 MME). However, as part of a compromise with TMA, the law does allow that in "exceptional cases" where the prescriber deems an additional supply of the opioid might be warranted and circumstances exist that would make it difficult for the patient to acquire a second prescription, the provider could issue an opioid naïve patient a second prescription simultaneous to the initial prescription. Written documentation of why the second prescription was written must be included in the patient record, and the provider must counsel the patient or patient representative on the circumstances under which the second prescription could be filled (no sooner than five days or later than 10 days from issuance).

Additional rules for prescribing to acute care patients were also codified including the mandate that a provider must personally assess the patient and obtain informed consent before prescribing an opioid, and other "reasonable, appropriate, and available non-opioid treatments for the pain condition" have been tried first or a contraindication or intolerance of those other options have been documented.

There are a number of exceptions to the rules including inpatient treatment, treatment by certified pain management specialists, and treatment of those in hospice care or who are undergoing active or palliative cancer treatment.

"It was clear when Governor Haslam announced his TN Together plan in January that lawmakers were going to do something to try to address the state's opioid abuse epidemic. With the passage of SB 2257 / HB 1831, Tennessee now has one of the most comprehensive and restrictive laws of any state.

"The Tennessee Medical Association was actively engaged in the process and appreciates legislators' willingness to consider input from physician stakeholders. From the beginning and during the past several weeks of negotiations, TMA advocated for a mindful, yet practical, approach to initial opioid supply and dosage. Most importantly, we wanted to make sure it did not unreasonably obstruct patients in legitimate pain from getting the care they need.

"The final bill is substantially improved from the initial version. New restrictions on prescribing and dispensing will no doubt achieve the governor's stated goal of reducing overall initial supply. TMA will educate doctors on the new law as part of our ongoing efforts to promote safe and proper prescribing.

"Tennessee's doctors remain concerned, however, about unintended consequences for patients who because of the new law may have more difficulty accessing effective pain management. There are not enough certified pain specialists in Tennessee to care for Tennesseans experiencing legitimate chronic pain. Meanwhile, exploding use of fentanyl, heroin and other illicit drugs are causing more accidental overdose deaths even as opioid prescriptions decline. We still need a multi-faceted and well-funded strategy including treatment and law enforcement to turn back this epidemic."